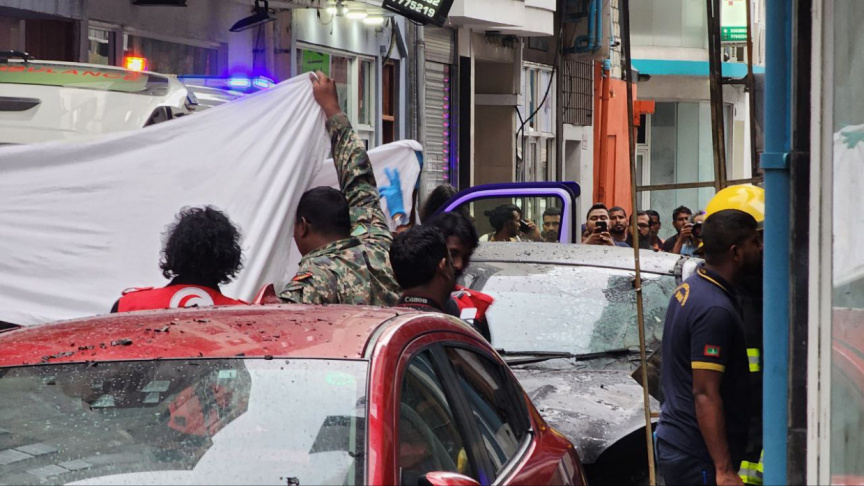 A fire broke out in a car garage in Male’ City early Thursday, killing 10 people.

The fire broke out in the garage in M. Nirufehi, located near the Maaveyo Mosque, around 12:30 am. The garage is located on the ground floor, while the first-floor houses cramped living quarters for migrant workers – the only ventilation – a single window.

The quarters housed people from Bangladesh, India and Sri Lanka.

According to Maldives National Defense Force (MNDF) Fire and Rescue Service, 28 people were evacuated out of the building, while nine people were reported missing.

According to authorities, the bodies recovered from the building were severely burnt, making identification difficult.

The Fire and Rescue Service is being supported by the Maldives Police Service, National Disaster Management Authority (NDMA), and Maldivian Red Crescent.

The people rescued from the building have been provided emergency shelter at the Maafannu Stadium. Volunteers from Maldivian Red Crescent are providing them with first aid and psychological support.

An estimated 15 people who live in the building remain missing.

The garage was the scene of two previous fires, the latter which took place two months back.