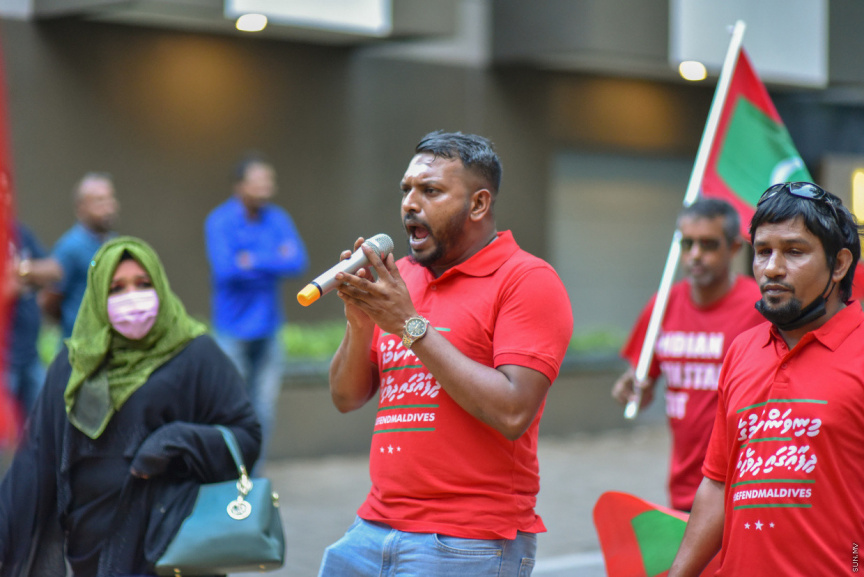 He is accused of misusing his position and taking a USD 1 million bribe to facilitate the sale of Aarah to Naeem and laundering the money. The state has also charged Naeem with giving the bribe.

During the hearing held on Wednesday, Nareesh’s witness statement was taken.

Responding to questions by the defence, Nareesh said Yameen was a close personal acquaintance.

Talking about meeting Naeem, he detailed that at the beginning of September 2015, Yameen called him asking to come to G.Dhoovehi.

He went on to state that when he came to Dhoovehi, Yameen spoke about having purchased dollars from Naeem, and had said that the MVR for that needed to be taken to him.

Moreover, Nareesh said that the money was in two bags, which he and  Abdulla Rashaad, a former driver for Yameen had manually counted the money and taken to Naeem’s house.

Nareesh also said that the money was in MVR 500 banknotes and that Yameen was present at the time of counting as well.

“That day after handing over the money to me, I was given a document for Naeem to sign for the purchase of dollars. President Yameen signed the document in front of me. The document had that it was MVR 15,240,00 for USD 1 million at the rate of MVR 15.42.”

Furthermore, Nareesh said that when the money was taken to Naeem’s house, after counting it, he had also signed the documents.

While responding to a question asked by the state, Nareesh said that the money was on the sitting room floor on the tiles.

He also said that “it was counted how money is counted, from hand”, when asked how the money was counted.

Nareesh had admitted to being involved in other such financial transactions well.

He was asked if Yameen was part of any financial exchanges, to which he said yes. But added that he could not recall whether it was this year or in 2015.