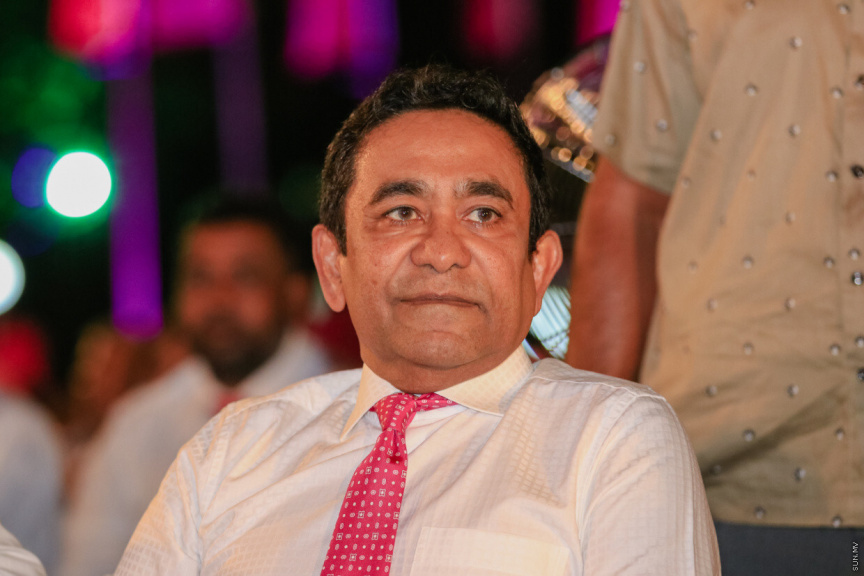 Leader of Progressive Party of Maldives (PPM) and former President Abdulla Yameen Abdul Gayoom revealed plans to fight legally in order to access the USD 1 million in his escrow account.

The funds in question are in the account frozen in connection to the Maldives Marketing and Public Relations Corporation (MMPRC).

Speaking during an interview with local broadcasting channel SunguTv, Yameen stated that as per the terms of the agreement with the Anti-Corruption Commission (ACC), should the state fail to provide evidence that the money was theirs, the funds should be transferred back to his account.

The agreement with ACC stated that the one million in the escrow account was suspected stolen funds deposited by SOF Pvt. Ltd to former President Abdulla Yameen Abdul Gayoom’s personal bank account at Maldives Islamic Bank.

Alleging that false information was provided in making of this agreement, former Legal Affairs Minster at the President’s Office, Aishath Azima Shakoor was charged on February 17, 2019.

Azima is charged with facilitating money laundering and providing false information to a state institution.

Yameen was found guilty of laundering USD 1 million from the sale of Ga.Vodamula by the Criminal Court on November 28, 2019.  He was sentenced to five years in prison and fined USD 5 million.

However, in November 2021, the Supreme Court overturned the prison term against him for money laundering.

In addition to this, he has been charged with money laundering and bribery trial over the sale of V. Aarah for resort development. The trial for this is currently ongoing.