GAM: Violence at Himmafushi may cause huge losses to the industry 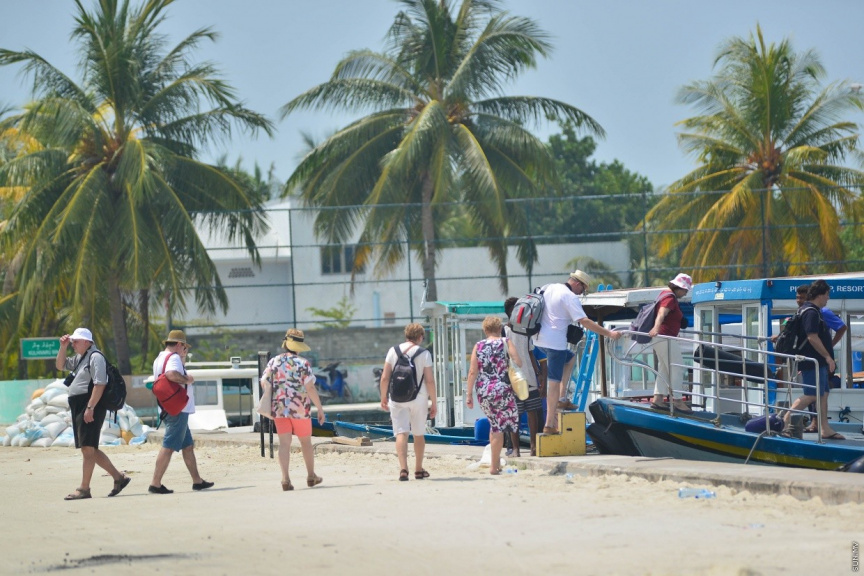 Guesthouse Association of Maldives (GAM), on Sunday, has stated that vandalism at an operational tourist guesthouse in K. Himmafushi by an intruder alongside another instance of violence on the island is of extreme concern to the whole Maldivian tourism sector.

On Saturday, an intruder entered a guesthouse at Himmafushi – destroying some of its properties whilst tourists were at the premise.

An official from GAM told Sun on Sunday that such an act in the presence of tourists was extremely saddening, and could lead to negative sentiments regarding the Maldives in international media outlets.

The official stressed that if the story blows up in international media – the number of tourist arrivals would be adversely impacted, as tourists will not feel safe to travel to the Maldives.

Tourism sector can fall to risk over such instances of violence in a guesthouse as most tourists travel to the Maldives due to the island nation’s safe and secure environment aside from its natural beauty.

Police said that a 32-year-old have been arrested in connection to the case under a court order.

Apart from this, four additional people were arrested for causing violence on the streets of Himmafushi on early Saturday morning; a 20-year-old, a 27-year-old, a 29-year-old and a 37-year-old.

Both cases are under further investigation by the police.