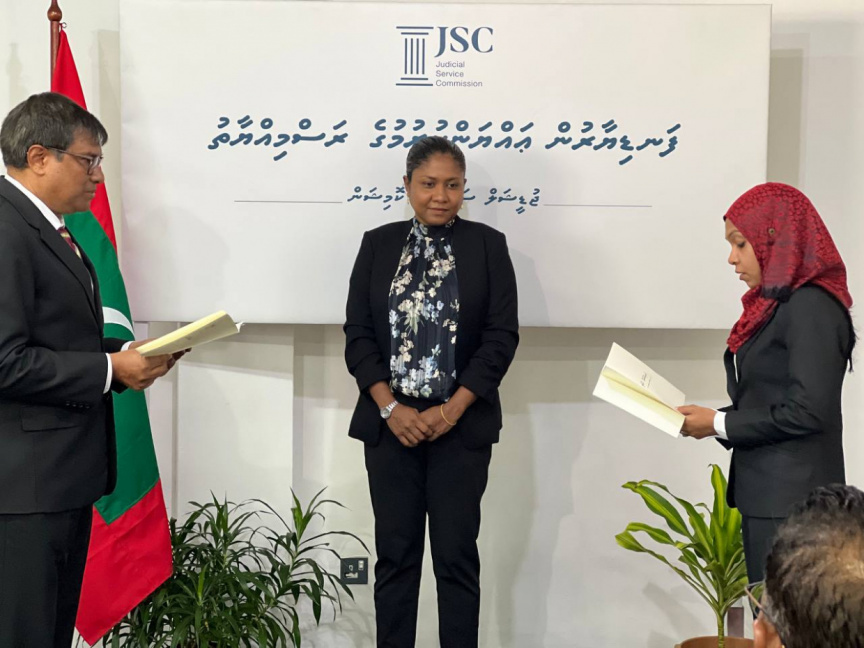 Judge Huzaifa Mohamed (R) is sworn in to the High Court on June 27, 2022. (Photo/Judicial Service Commission)

Huzaifa Mohamed, the former chief judge of Family Court, has sworn in as a judge at the High Court.

Huzaifa was administered her oath by Chief Justice Ahmed Muthasim Adnan in the presence of Judicial Service Commission’s President Hisaan Hussain on Monday.

Huzaifa replaces Judge Ali Sameer, who resigned back in April.

Huzaifa, who made history back in March by becoming the first female judge to be appointed the chief judge of a superior court, had competed against Shukurulla Shakeel, who has five years of experience working as a prosecutor, for the position.

JSC vetted the candidates, and made the decision to select Huzaifa on June 22.