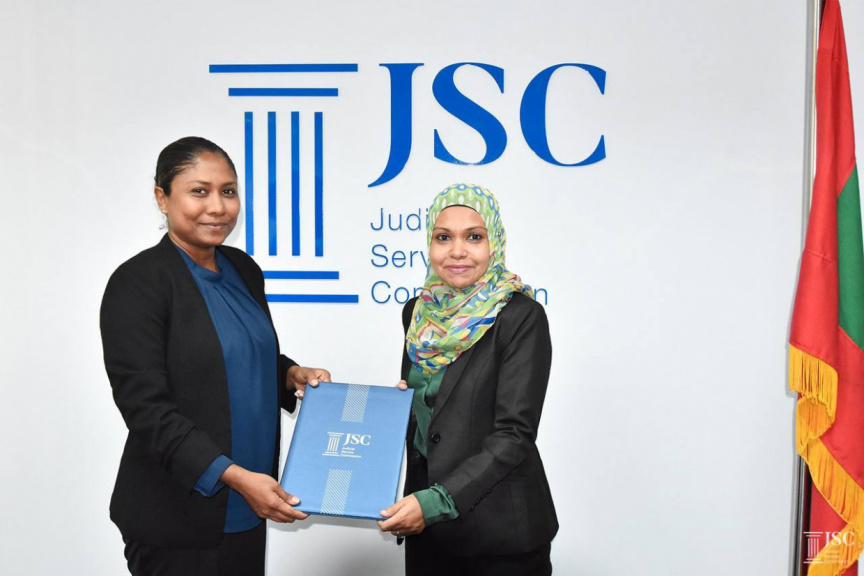 Huzaifa Mohamed (R) is presented with her letter of appointment as the Chief Judge of Family Court on March 30, 2022. (Photo/JSC)

Judicial Service Commission (JSC) has appointed Huzaifa Mohamed as the Chief Judge of Family Court – marking the first time for a female judge to be appointed a chief judge of a superior court in Maldives.

She was presented with her letter of appointment by JSC’s President Hisaan Hussain on Wednesday.

Huzaifa attainted her Masters of Corporative Law from the International Islamic University of Malaysia.

Huzaifa replaces Hassan Saeed, who was transferred to the Criminal Court in 2019 following a misconduct investigation by the JSC.

Parentage of 2 kids born to a local in Syria declared

Two female judges to be appointed to Family Court