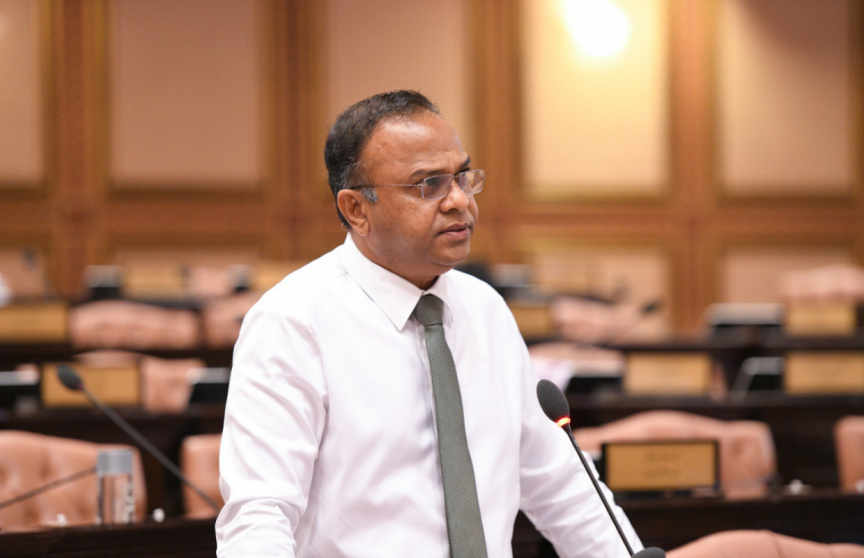 A nude photo of a person alleged to be South Henveiru MP Hussain Shaheem (Andhun Hussain) has been leaked on social media.

The photo leaked on social media sometime tonight shows a woman and two men, naked. Many have alleged that one of the men in the photo is Andhun Hussain.

Meanwhile, Police, on Friday, has launched an investigation against Ahmed Nazim Abdul Sattar, a renowned lawyer and younger brother of Parliament Speaker, former President Mohamed Nasheed, over a leaked video that allegedly shows him engaging in sexual acts with another man.

The video leaked on social media shows two men engaging in sexual relations. Many allege that one of the men in the video is Nazim.

Nazim denies that it is him in the video.

In an earlier statement today, a Police Spokesperson confirmed to Sun that they have begun investigating the alleged video of Nazim.

“We will take additional actions necessary in the course of the investigation of this case,” the Spokesperson added.

Speaking further, the Spokesperson detailed that they are investigating a blackmail case involving Nazim Sattar that had been filed with the authority by several people.

However, no other details regarding both cases were disclosed by the Police.

Nazim was summoned to police on Friday evening, which the authority detailed was in connection to an investigation underway against him.