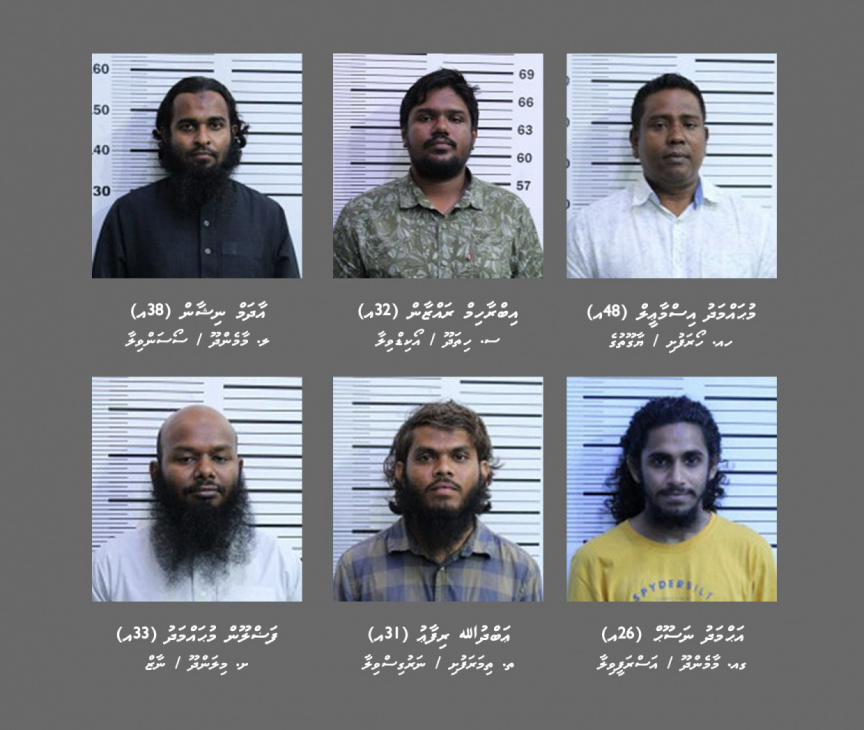 Maldives Police Service has released the identities of the six suspects arrested on Wednesday in connection to the mob attack on the Yoga Day event at the national football stadium in Male’ City.

The event, organized by the Indian Cultural Center and the Sports Ministry, had begun at 06:30 am on Tuesday, and was attended by dozens of participants, including foreign ambassadors and diplomats.

Six suspects were arrested on Tuesday, and six more on Wednesday.

Police released the identities of the six additional suspects in a statement on Thursday. They are:

Meanwhile, the six suspects arrested on Tuesday are:

They were presented before the Criminal Court for their remand hearing on Wednesday morning.

Police: Some items used by rioters came from PPM office