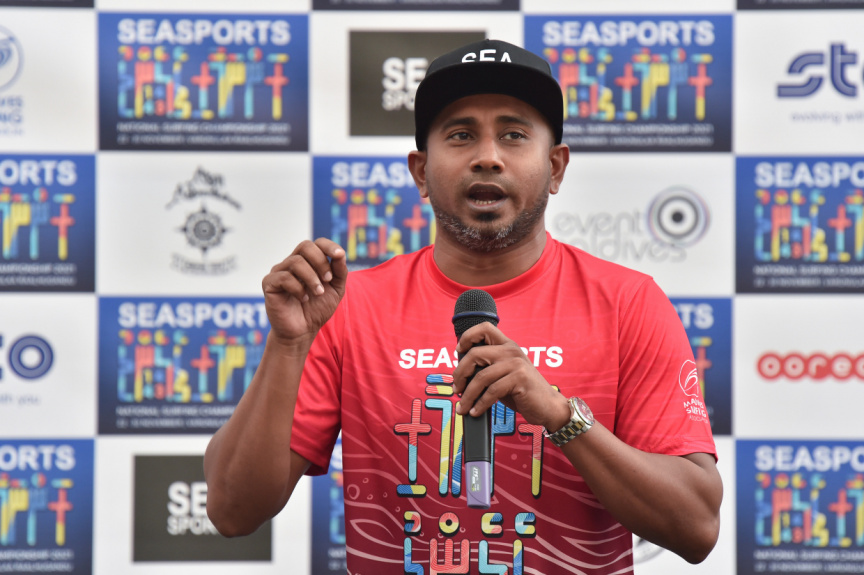 Youth Minister Ahmed Mahloof, on Tuesday, has stated the celebratory events in conjunction with International Day of Yoga held publicly during former President Abdulla Yameen Abdul Gayyoom’s administration was not obstructed – stressing it is being obstructed now for political reasons.

Minister Mahloof had remarked this in an interview to Raajje TV after a group of people stormed Galolhu National Stadium this morning, obstructing activities underway at the stadium to mark the International Day of Yoga.

“This is a very lowly act, which should not have taken place. It is absolutely unacceptable. This is not a religious activity. It is an exercise. This day has been celebrated before, including in President Yameen’s administration. Thus, there is no reason it should become haram now,” he had said.

Minister Mahloof said that ‘Yoga Day’ event was obstructed in the name of religion for political reasons. He also alleged the storming of the event was backed by senior officials from Progressive Party of Maldives (PPM). He added that Jamiyyath Salaf has also proven today that they are not operating on good intentions anymore.

The Minister described today’s events as a lowly act which unfolded in front of senior officials from foreign countries.

“This as an act which would lead to major consequences, internationally. Many had been injured. When water bottles were thrown at participants, it had also hit foreign diplomats. This is very lowly, and shameful act,” he had said.

When the group first stormed the stadium – only a few police officers were maintaining security on the premise. They had used pepper spray to subdue the group.

A Police Spokesperson told Sun that six individuals have been arrest over the case – which is being investigated as a serious matter. No further details were disclosed.