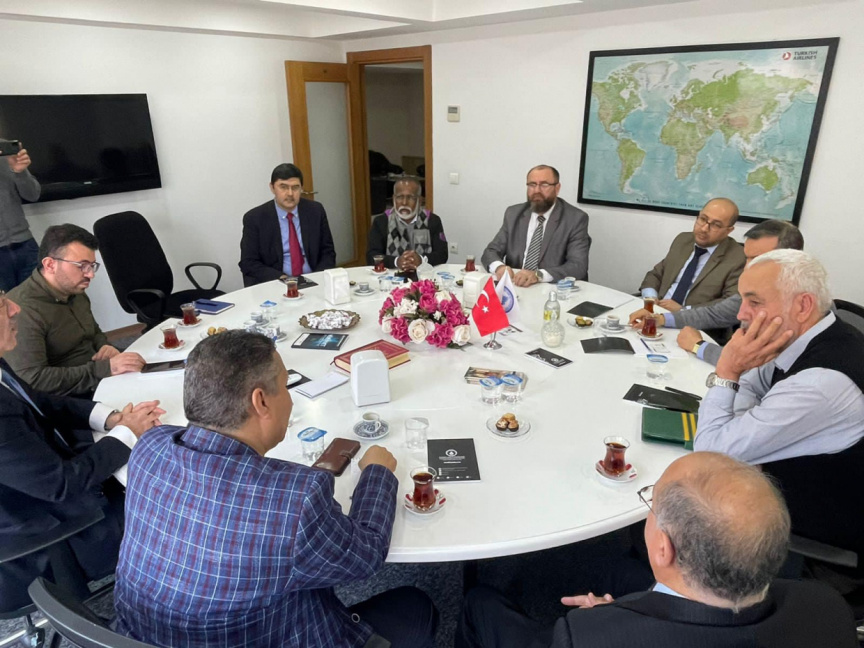 Islamic University of Maldives (IUM)’s Vice Chancellor Dr. Ibrahim Zakariyya Moosa has participated in the meeting of the Union of Afro-Asian Universities, held in Istanbul, Turkey, from March 17-23.

The meeting was attended by top officials from some 12 universities in Asia and Africa.

During the meeting, the officials discussed making the curriculum of the Union of African Asian Muslim Universities one which reflects the changing world, and ways to increase the creativity and skills of students who graduate from the universities.

They discussed compiling an integrated curriculum based on knowledge and Quran and Sunnah, and compiling a strategy to train lecturers on teaching the new curriculum.

On the sidelines of the meeting, IUM signed a Memorandum of Understanding with the Union of Afro-Asian Universities on increasing cooperation in increasing knowledge, training and research.

Zakariyya also delivered an address at a national ceremony held to commemorate Said Nursi, during which he expressed interest IUM conducting research on Nursi’s jihad against anti-religious ideologies.