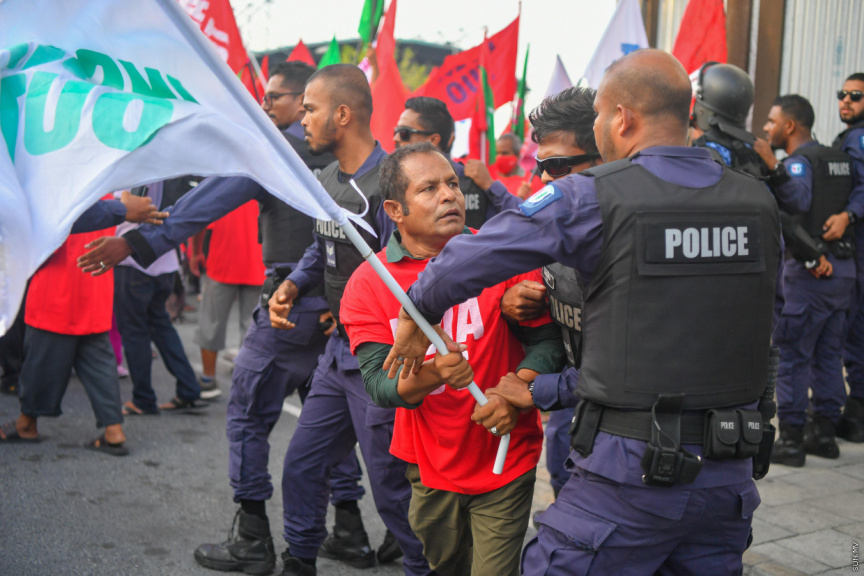 PPM’s Spokesperson Heena Waleed told Sun that out of the 17 people arrested in the rally – eight had been released whereas nine have been remanded in custody.

Apart from Mohamed Ismail and Areesh – seven others that were arrested from the rally were remanded in custody to include some council members of PPM and activists.

‘Neyva Holhiah’ mass rally at Male’ City as part of the ‘India Out’ campaign was held on Friday despite warnings by the police against holding it.

Guraidhoo MP Ghassan Maumoon, Maavah MP Mohamed Saeed were also amongst those who had been arrested. Both of them were granted conditional release last night.

In a statement released by the opposition coalition over the Police’s obstruction of their rally, the coalition condemned the government’s efforts to impede a peaceful demonstration planned, in compliance with the necessary laws.