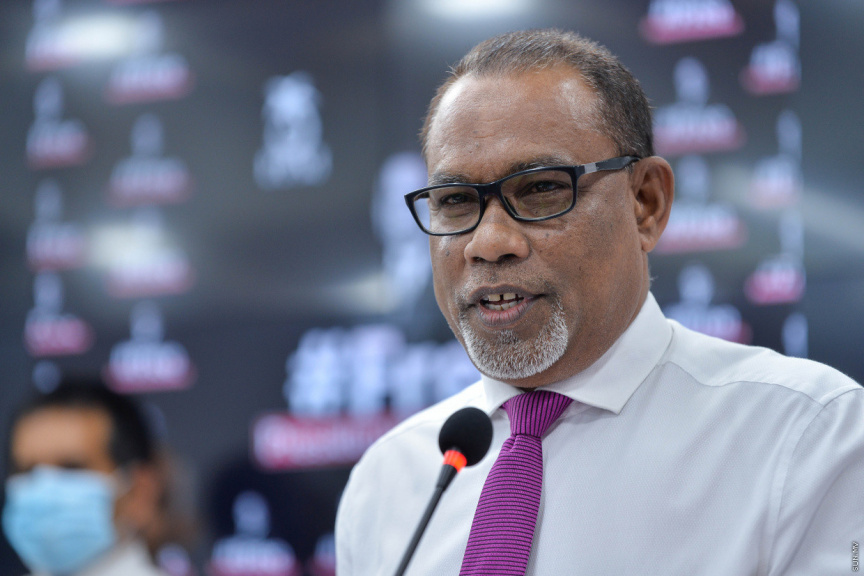 Speaking to Sun, Abdul Raheem said that Nasheed’s comments about China was damaging to Maldives, and noted that the Chinese embassy in the country had even responded to him regarding this.

He further stated that China was the one to provide the most aid to Maldives in recent history.

“The Chinese embassy will respond only when President Nasheed made false comments. The embassy has released statements regarding this.”

Additionally, he noted that though Nasheed claimed former President Abdulla Yameen Abdul Gayoom gave uninhabited islands to China during his tenure, MDP’s government has yet to state details of said islands, three years into them being in power.

Moreover, Abdul Raheem also spoke about the opposition’s ‘India Out’ campaign and said that it was a national campaign they had to start since the government “threw” the country into danger.

“President Yameen is not asking to kick out Indian teachers and doctors. We are only protesting the presence of the Indian military here.”

He also said that the difference between both political leaders was that Yameen statements were based on the truth, meanwhile, Nasheed’s comments were false.

Adhurey: Mob attack could have been staged by govt.