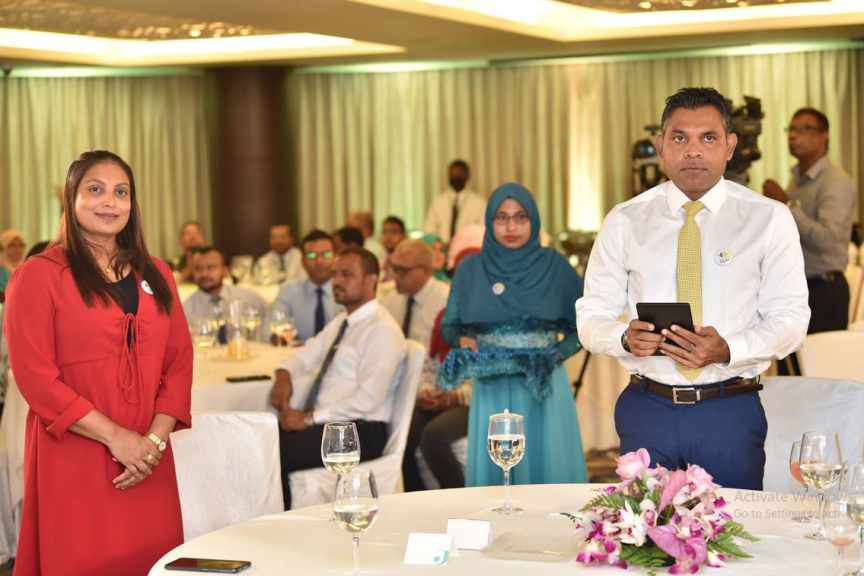 In a special ceremony held at Hotel Jen in capital Male’, the software was officially launched by Vice President Faisal Naseem.

Addressing the gathering, the vice president expressed hope that this software would facilitate further opportunities for Persons with Disabilities (PWD).

He also highlighted the broad role played by the government in providing opportunities for PWDs, emphasizing that the education sector promotes inclusivity during any school-related activity.

According to the Education Ministry, the software was designed to solve difficulties faced by visually impaired students in studying.

Speaking at the ceremony, the Minister of Education Dr Aishath Ali described this as a step taken forward in the work being done to include all students in education.

Some features of Shaamil Adu:

* Can be used offline

The software was developed by Javaabu Private Ltd – a web development firm based in Maldives. The user acceptance test was conducted in collaboration with Aminiya School and the Visually Impaired Association of Maldives.

In addition to the vice president and education minister, several senior representatives from the education sector were present for the event.

This is a part of the plans made for the education sector until 2024 by the government.

Education Ministry revealed that the app can be downloaded from App Store, Play Store, Windows and NVDA reader.

Rehendhi switches to online classes in wake of fire

Additional school to be built at Hulhumale’ Phase II