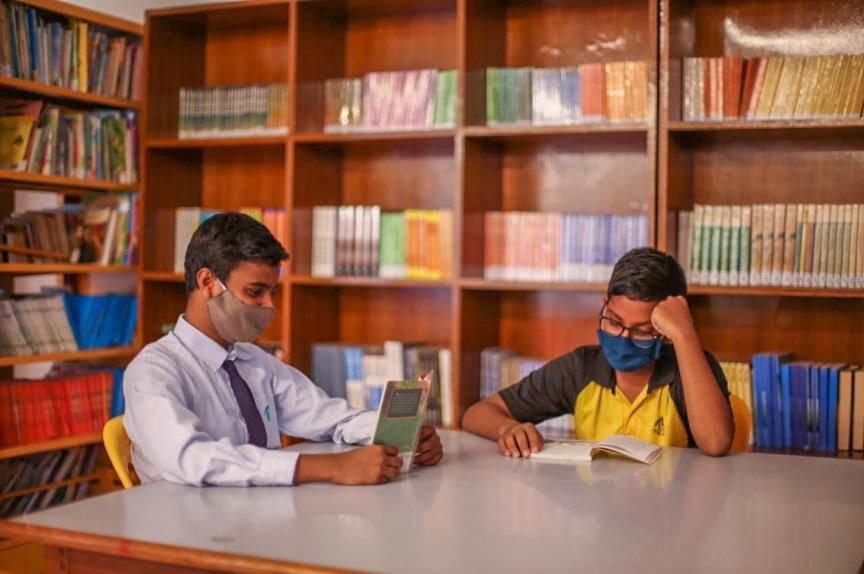 A library developed with assistance from Bank of Maldives (BML) Community Fund. (Photo/BML)

Bank of Maldives (BML), on Thursday, has launched ‘BML Small Grants’ as part of the series of 12 high-impact monthly community initiatives to celebrate the national bank’s 40th anniversary in November.

Eight projects that are selected for the grant will be awarded MVR 250,000 each – in order to successfully implement the project.

BML said that community-based NGOs that have been legally registered in the Maldives prior to December 31, 2020, will be eligible for the grant. They stressed that individuals, government bodies, business entities and other institutions are ineligible.

Interested applicants have been instructed to submit their applications by May 15, 2022.

In announcing the fifth series of the 12 high-impact monthly community initiatives – BML’s CEO, Managing Director Tim Sawyer urged NGOs working in the field to utilize this opportunity to make a difference.

“We’re delighted to announce our Small Grants project as the fifth initiative in our anniversary celebrations. The grant will support small to medium community-led initiatives that address environmental issues, support solutions for environmental challenges while at the same time, enhance community wellbeing and livelihoods for sustainable development. We look forward to the many NGOs working in this field using this opportunity to make a difference,” he had said.

Further information regarding ‘BML Small Grants’ is available on the bank's website.

The first series of the 12 high-impact monthly community initiatives to celebrate leading up to BML’s 40th anniversary in November 2022 was the ‘BML Scholarship Fund’ which was announced last November. The scholarship fund will provide fully-funded international scholarships for three students in the area of Banking and Finance on an annual basis.

The second series was an initiative to refurbish and upgrade the Maldives National Library up to modern standards. This initiative was announced in last December.

The third series was ‘BML Startup Grant’ which was announced in January. This grant aims to provide the opportunity for emerging entrepreneurs, especially youths, to win funding to start or grow a business in any sector, in the Maldives.

Announced in February, the fourth series was ‘BML Housing Grant’ under which the bank would build and fully furnish houses for three vulnerable families across the country.