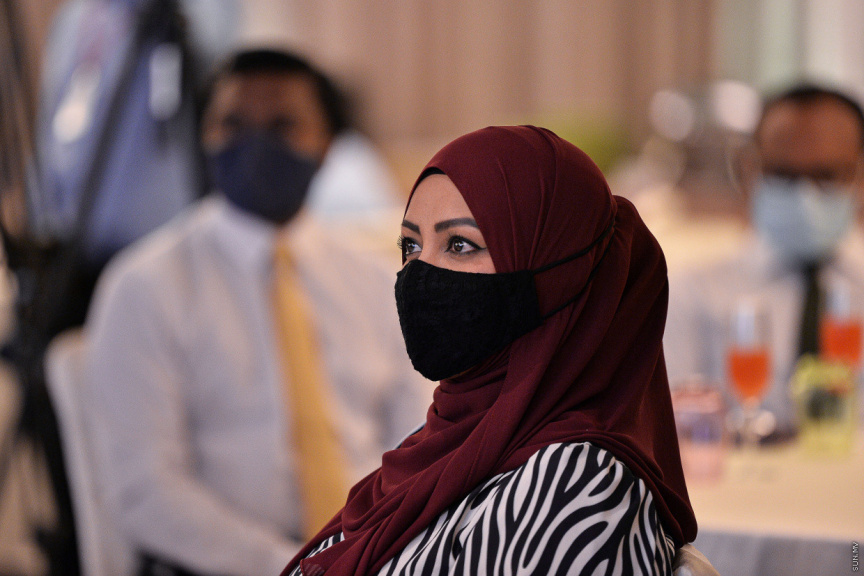 Transport Minister Aishath Nahula has stated that the transportation system of Maldives has developed to a level never seen before today.

Speaking at the inauguration ceremony of Lh. Madivaru Airport, Minister Nahula said that current administration has successfully carried out many projects to achieve development. She alleged that some political figures are trying to describe these projects as ones that have not taken place.

Minister Nahula said that Maldivian transportation system has developed to a level never seen before today, despite the obstructions posed by the COVID-19 pandemic.

“May I say, the current president is not an individual who will, for show, complete a portion of a runway at an unfinished airport that is exposed to the rain once campaign looms over, and open it. He is capable leader, never seen before in the history of Maldives, who has developed all unfinished airports as well as developed additional airports – and is linking the Maldivian transportation system in an efficient manner,” she had said.

Speaking further, Minister Nahula said that inauguration of Madivaru Airport has brought happiness to Lhaviyani Atoll residents. She added that the difficulties faced in traveling to one’s birth island via sea during rough weather has been brought a permanent solution.

She also noted that the opening of the airport will create many job opportunities for locals – which is an economic vessel linked to their education and good health.

The government awarded the development of Madivaru Airport to Kuredu Holdings in last year May. Following completion of the project, the company handed over the airport to Island Aviation last month.

National airline, Maldivian, has announced that they will be commending Madivaru Airport operations on next Sunday. The starting price for a one-way ticket is MVR 1,029.

Bunkering service to begin at Ihavandhippolhu this year