Bunkering service to commence at Ihavandhippolhu this year 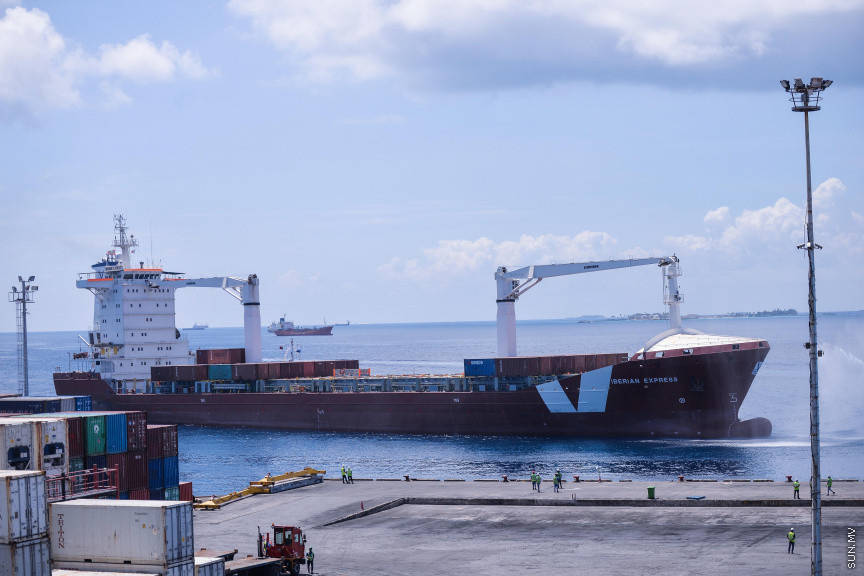 Speaking at a ceremony held to inaugurate Maritime Safety Week, Minister Nahula said that efforts were underway to establish a fuel storage (for the provision of fuel services to cargo boats) and launch bunkering services at Ihavandhippolhu.

“As a result, the local shipping sector is seeing an increase in benefits,” she added.

Apart from commencing bunkering service in north Maldives – Minister Nahula said that the government is also undertaking many other efforts to improve the local maritime sector. She noted that the training programs being conducted in this trajectory will aid these efforts.

In an earlier statement, Economic Minister Fayyaz Ismail also revealed efforts were underway to introduce bunkering service at Ihavandhippolhu by the last quarter of this year, or the first quarter of next year.

In this regard, he detailed that State Trading Organization (STO) and Transport Ministry alongside other relevant authorities were collaboratively working on allocating funds, acquiring vessels and equipment, and formulating a legal framework alongside other preparations to commence bunkering service.

Ihavandhippolhu sees high traffic of sea vessels. As a result, during former President Abdulla Yameen Abdul Gayyoom's administration, a project to develop a modern harbor in the atoll to profitize from trade was announced. However, the project was never implemented.