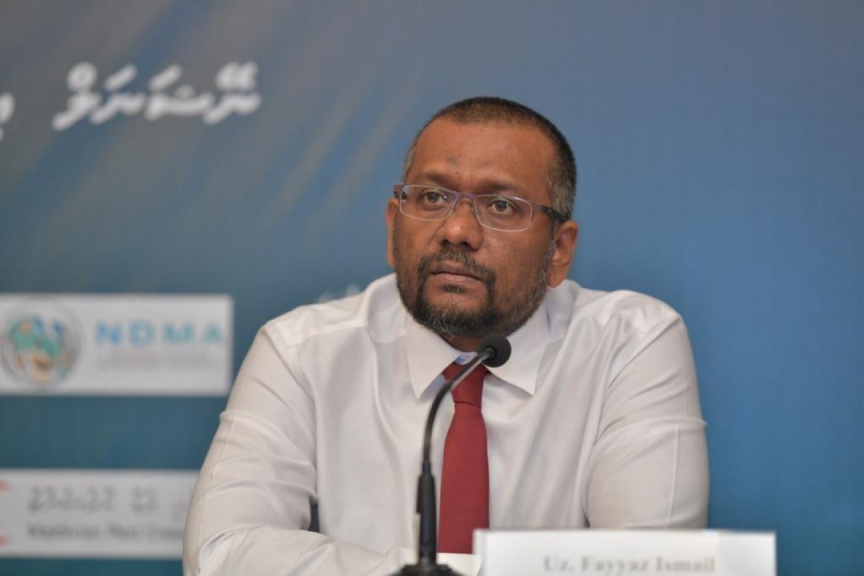 Economic Minister Fayyaz Ismail has stated that efforts to introduce international bunkering service at Haa Alifu Atoll by the last quarter of this year or the first quarter of next year were underway.

Responding to a question posed by Hoarafushi MP Ahmed Saleem in writing, Minister Fayyaz said that allocating funds to commence bunkering service, acquiring vessels and equipment, formulating a legal framework and other preparation were currently being undertaken by State Trading Organization (STO) and Transport Ministry alongside other relevant authorities to commence the bunkering service.

He also noted that a working group comprising of relevant authorities have been formulated to commence the necessary work underscored by HA. Horafushi, Thuraakunu and Uligam Council in a decree which is required in providing services to cargo vessels traveling within area until a transshipment harbor can be developed.

“Discussions within the working group highlighted crew change service, ship store and supply service as the services which can be commenced at Haa Alifu Atoll at the earliest,” he had said.

He added that construction of buildings required to provide these services along with other preparations were currently being undertaken by Maldives Ports Limited (MPL) and Transport Ministry in collaboration with other relevant authorities.

Minister Fayyaz said that the Ministry’s target is to introduce international bunkering service at Haa Alifu Atoll by the first quarter of next year at the latest.

Haa Alifu Atoll sees high traffic of sea vessels. As a result, during former President Abdulla Yameen Abdul Gayyoom's adminstration, a project to develop a modern harbor in the atoll to profitize from trade was announced. However, the project never implemented.

Fayyaz: You cannot run a separate movement within MDP