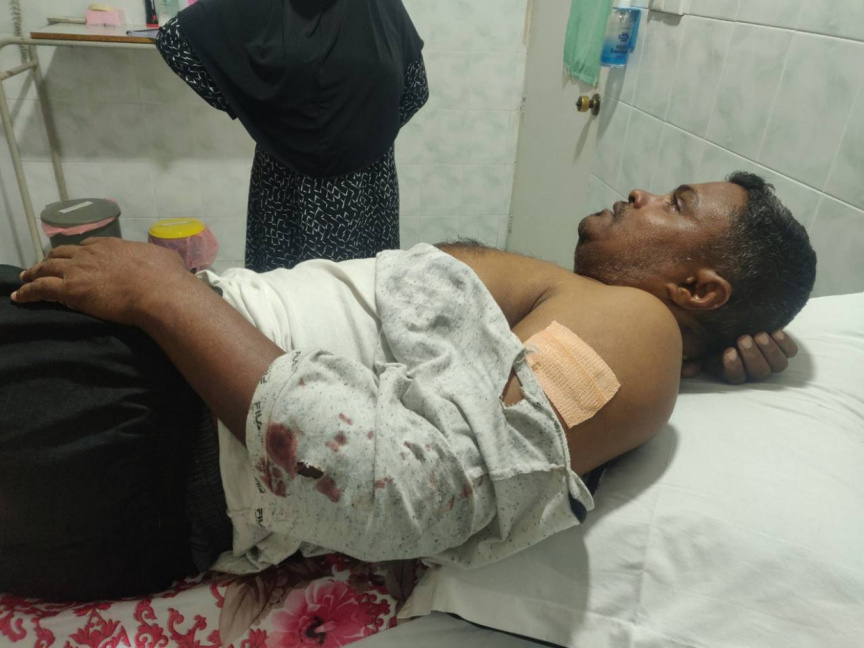 Council member of Sh.Milandhoo seeking treatment at the hospital after he was attacked. (Photo/Social media)

Council member of Sh. Milandhoo Ahmed Shiyaam has been attacked with a sharp object on Wednesday night.

Speaking to ‘Sun’ regarding the attack, Shiyaam revealed that the incident took place around 11:00 pm, while he was at a café.

“I was with my ‘Kokko’ (younger sibling) at a cafe, having a coffee. Three people came in asking if I had called them. I said no I did not and asked why would I call you guys. After a while, they were waiting at the front of the café.”

He noted that since the people who came up to him were acting suspiciously, he had called the Police and reported them as well.

“While I was having coffee, they came on to me and attacked with a sharp object. They stabbed something into my left bicep. I have consulted to a doctor even.”

In addition to the stabbing, the attackers had clawed him and tore up the shirt he was wearing.

Moreover, he said that Police were present at the time of the attack and that an investigation was underway.

“The Police were really good to us. They worked hard for our protection. But I have no hope of receiving justice for this.”

Moreover, he alleged that this was a political-revenge attack.

Applications for monthly slots to be opened next week