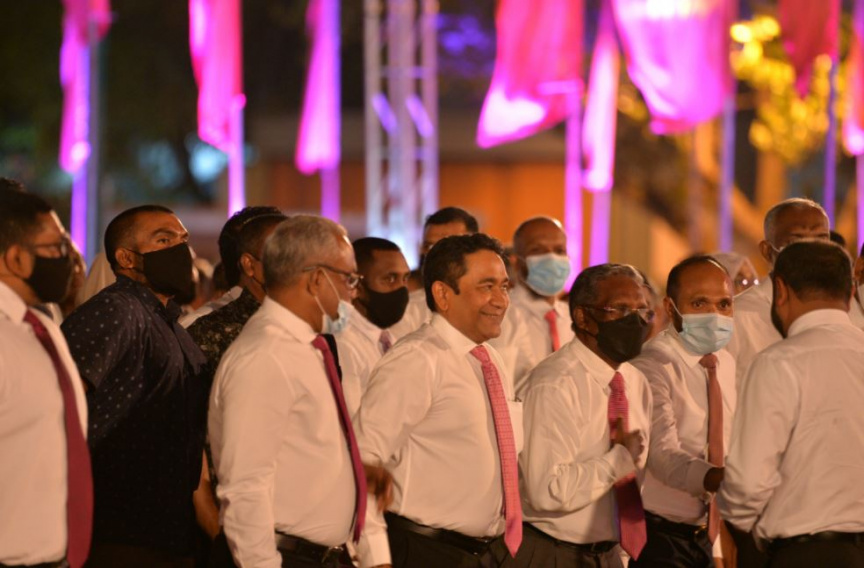 “President Yameen, during his visit, will go to homes to visit the people,” he said.

Shareef said Fathuhy’s campaign is going ahead at full swing.

“The campaign is already well underway in Male’ and three more islands. And we will go to the electoral district for the campaign tomorrow,” he said.

Fathuhy is running in the by-elections against the MDP candidate Mohamed Rashid and MNP candidate Abdul Hannan Idrees.

The by-election is scheduled to be held on February 5.