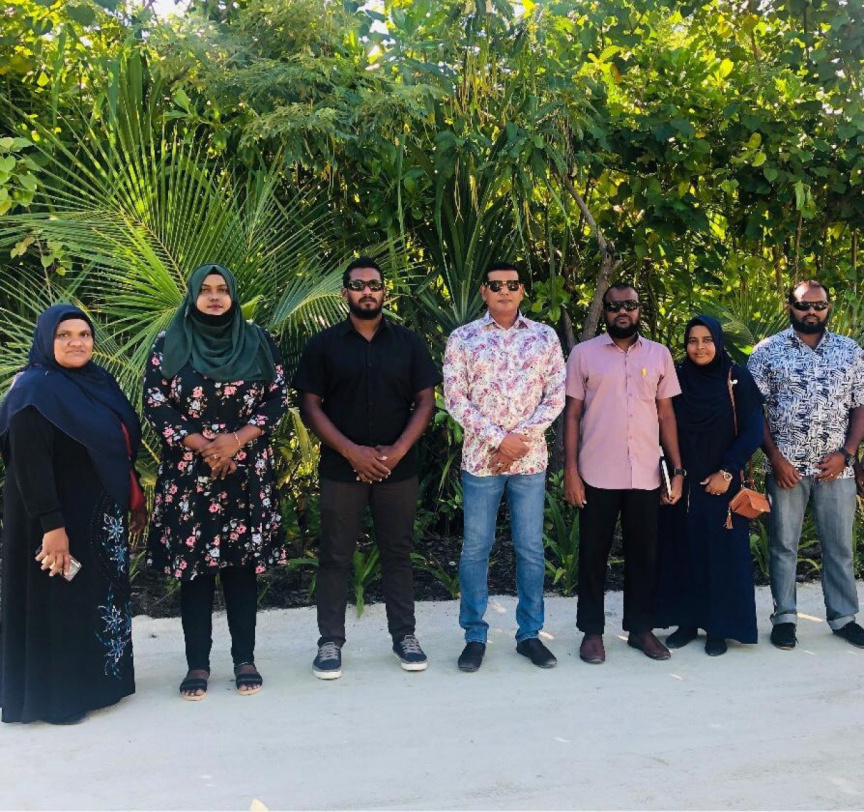 Siyam made the offer during a meeting with members of the Rinbudhoo Council at the Sun Aqua Iru Veli on Wednesday.

Rinbudhoo Council’s president Ahmed Iqbal Abdul Gayoom told Sun that though the number of students at the school may be low, it’s still dealing with shortage of space.

Iqbal said that all classrooms currently have partitions in order to accommodate all classes.

Ribudhoo School, which teaches classes from foundation to 10th grade, has 64 students.

“He said he will find a solution to the problem. He, on his own, offered to build four classrooms,” said Igbal.

Siyam also promised to address some of the needs of the local health center. He said he will work through the government to bring in an ambulance.

The councilors then asked Siyam to build an additional mosque in the island. Iqbal said the island currently has only one mosque, which is not enough to accommodate all worshippers especially during Ramadan.

“He promised to think about it and work on it even if not immediately. I have to note MP Siyam has always paid special attention to such things,” said Iqbal.

He said Siyam also promised to build a gym at the island, and expand the competitions he holds in other islands under his electoral district to Rinbudhoo next year.

He also told the councilors that the work on the jetty on the eastern end of the island, which began in 2019, would be completed this year.

“We, on behalf of the council and the people, acknowledge and want to thank the MP for always fulfilling the needs of this island and lending assistance,” said Iqbal.