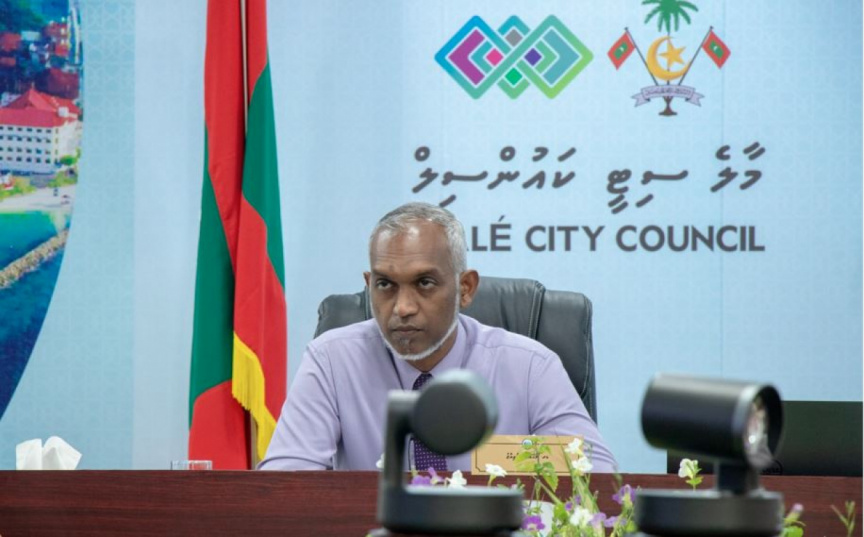 Male’ City Council said on Wednesday that it has cancelled the registry it made with Housing Development Corporation (HDC) for Hulhumale’, and moved the suburb to under the council’s jurisdiction.

Male’ City Council said it passed the decision with a majority vote of 12 councilors during a meeting on Wednesday.

The move comes amid clashes between the city council and HDC over opposition coalition’s event titled ‘Kotharu Koshi’ - scheduled to be held in Hulhumale’ Phase II in the upcoming weekend.

The opposition coalition, composed of PPM and PNC, announced on Tuesday that the rally would be held at the Hiyaa Park – located in the area in Hulhumale’ Phase II where the Hiyaa towers are located – at 08:30 pm on Friday.

In a statement following the announcement, HDC said that any event in Hulhumale’ requires prior written permission from the corporation, and that the opposition had not asked for permission to hold its rally.

The opposition coalition’s spokesperson Heena Waleed told Sun on Wednesday morning that they had written permission from Male’ City Council to hold the rally.

“According to the law, Hulhumale’ falls under the jurisdiction of the Male’ City Council,” she said.

Heena said the opposition did not believe they required permission from any other institution.

The rally will be held on Friday as scheduled, she said.

The opposition took control of the Male’ City Council in an unprecedented blow to the ruling MDP in the local council elections in April.

Male’ City Mayor Dr. Mohamed Muizzu, the deputy leader of PPM, has repeatedly raised concerns over lack of cooperating from HDC, and lack of authority in making decisions when it comes to Hulhumale’.

Council to hold telethon to raise funds for mosques