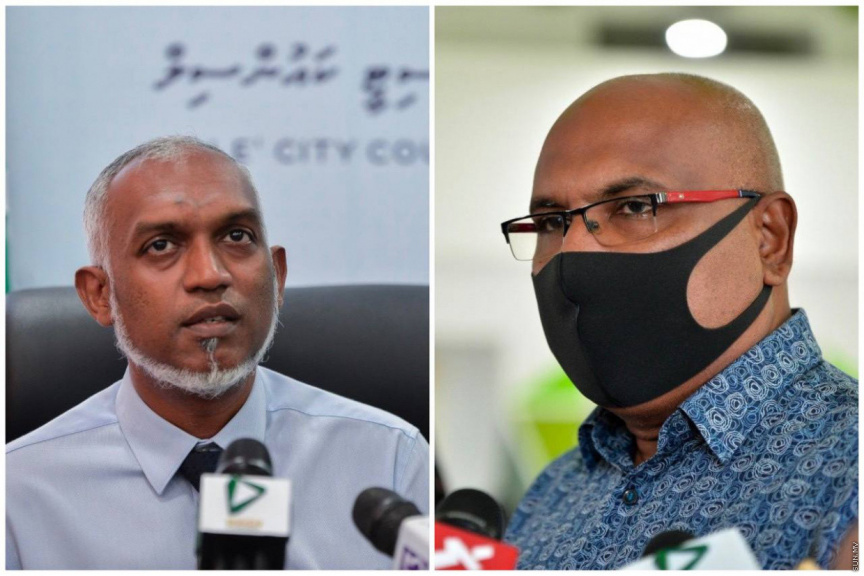 The opposition coalition’s rally titled ‘Kotharu Koshi’ - scheduled to be held in Hulhumale’ Phase II in the upcoming weekend - has been called into question - following dispute between Housing Development Corporation (HDC) and Male’ City Council – now dominated by the opposition – over authorization for the rally.

In a press conference by Progressive Party of Maldives (PPM) and People’s National Congress (PNC) on Tuesday, PNC deputy leader and Male’ City councilman Ibrahim Shujau said that the opposition leader, former Maldivian President Abdulla Yameen Abdul Gayoom would address the rally, and “give hope to the people”.

The opposition coalition announced the rally would be held at the Hiyaa Park – located in the area in Hulhumale’ Phase II where the Hiyaa towers are located – at 08:30 pm on Friday.

In a statement following the announcement, HDC said that any event in Hulhumale’ requires prior written permission from the corporation, and that the opposition had not asked for permission to hold its rally.

The opposition coalition’s spokesperson Heena Waleed told Sun on Wednesday morning that they had written permission from Male’ City Council to hold the rally.

“According to the law, Hulhumale’ falls under the jurisdiction of the Male’ City Council,” she said.

Heena said the opposition did not believe they required permission from any other institution.

The rally will be held on Friday as scheduled, she said.

The opposition coalition has strengthened its political activities following Yameen’s release after the Supreme Court overturned a money laundering conviction issued against him in 2019.

The opposition held a large rally in the Alimas Carnival area of Male’ City last weekend to celebrate his release.

'Expired vaccines will not be administered'