No action against Sports Minister despite criminal charge 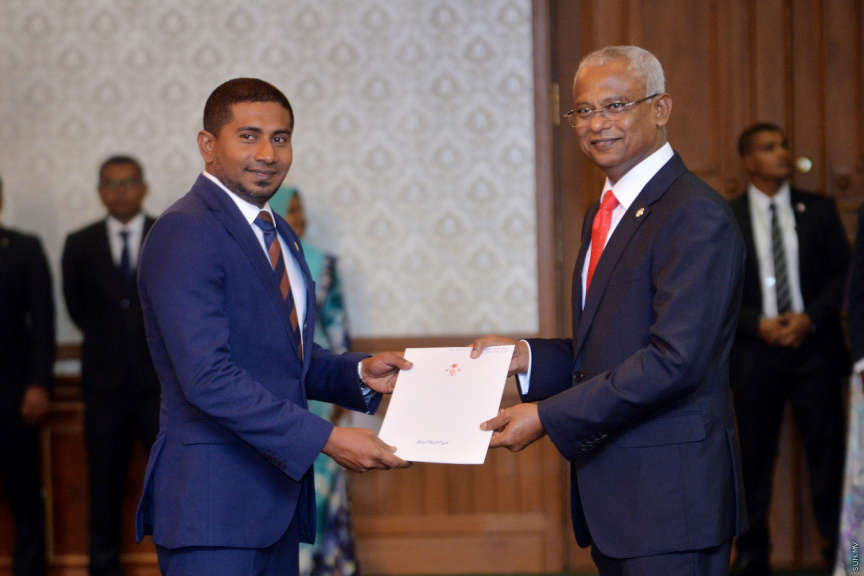 The state has yet to take any action against Sports Minister Ahmed Mahloof, who was charged with bribery last week.

President Ibrahim Mohamed Solih has repeatedly stated that he has a ‘zero tolerance’ policy for corruption and sexual violence.

However, the President’s Office hasn’t said why it hasn’t taken any action against Mahloof, who continues to report to work and engage in his official duties.

Mahloof was charged with accepting a bribe under Article 3 (b) of the Anti-Corruption Act, with reference to Article 3 (a), on November 4.

Mahloof had been placed under suspension back in June this year, after the ACC requested corruption charges against him with the Prosecutor General’s Office.  However, the President's Office lifted the suspension in October, citing the delay in a decision on prosecuting him.

He had also been suspended back in 2019, when ACC’s report on the MMPRC scandal was first publicized. However, he was cleared two months later, following an investigation by the President’s Office.

President Solih’s approach had been vastly different last year, when then-Tourism Minister Ali Waheed was accused of sexually assaulting and harassing multiple female employees at the Tourism Ministry. He had immediately demanded Ali Waheed’s resignation, and had dismissed him the next day, when he refused.

The President had taken action against Ali Waheed before the police even opened a formal investigation into the case.

The lack of action against Mahloof has sparked criticism against the government.