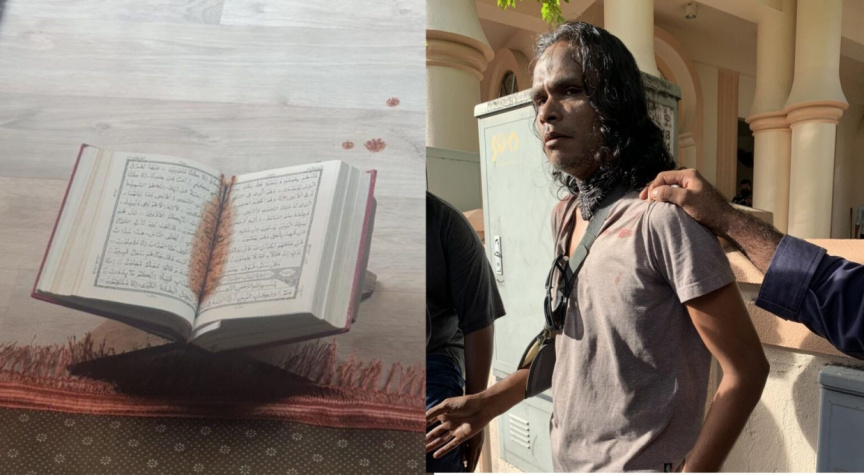 The remanded period of Hassan Ziyadh, M. Shady Home, who had spitted on a holy Quran book inside Ibrahim Mosque on November 7, has been extended once again.

A media official from Maldives Police Service said that his remand was extended by an additional 15 days on Tuesday.

A worshipper who was inside Ibrahim Mosque at the time of the incident told Sun that Ziyadh had gone inside the mosque at the time Asr prayer had concluded that day, and spitted on a Quran book that kept on a Rehal (Quran stand).

The worshipper further detailed that Ziyadh had tried to flee the mosque after committing the act, however, was stopped by the worshippers inside the mosque at the time and subsequently handed over to the Police.

Police said that they requested the Prosecutor General’s Office to file charges against Ziyad on October 24.