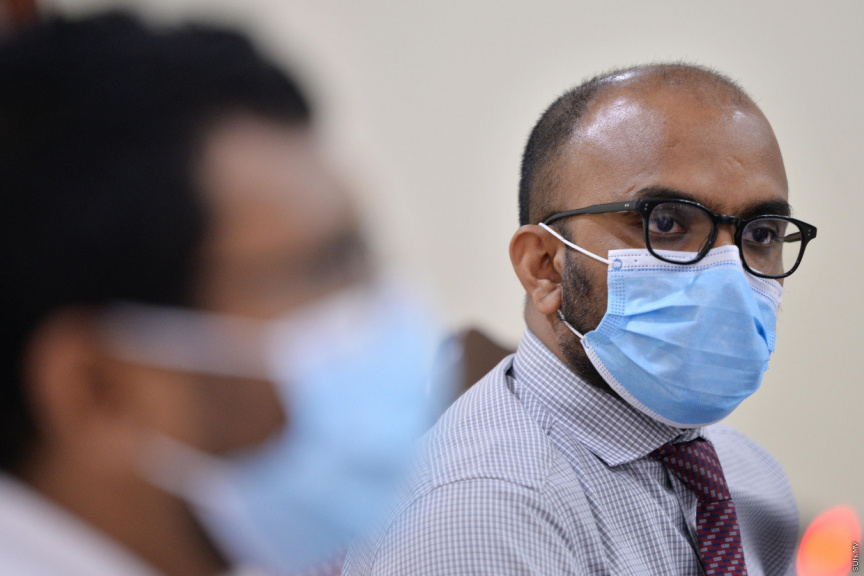 Ameer, who attended the parliamentary sitting on Wednesday morning to clarify details of the 2022 budget, said that various reports and charts were being manipulated to misrepresent the truth about the state’s debt.

Ameer said that debts were usually recorded once it was dispensed, and that based on that, the former administration’s debt had been at an unprecedented level.

He said the state’s debt during Yameen’s administration rose to MVR 39.6 billion.

“They are making different articles, different charts. I just want to clarify this. We have recorded MVR 39.6 billion in debt directly attributed to President Yameen’s administration,” he said, adding that the debt included direct debt of the central government and sovereign guarantee debt.

Ameer said that the state’s debt directly attributed to the current administration stands at MVR 34 billion. He said that the central bank has been directed to repay some of the debt.

He also said that the signed loan debt was also higher during Yameen’s administration.

He said that the current administration’s debt had risen as a result of efforts to manage the COVID-19 pandemic, and that the debt would be put on a sustainable path with fiscal consolidation measures.