Minister Ameer: Inflation rate will be lower next year, although high this year 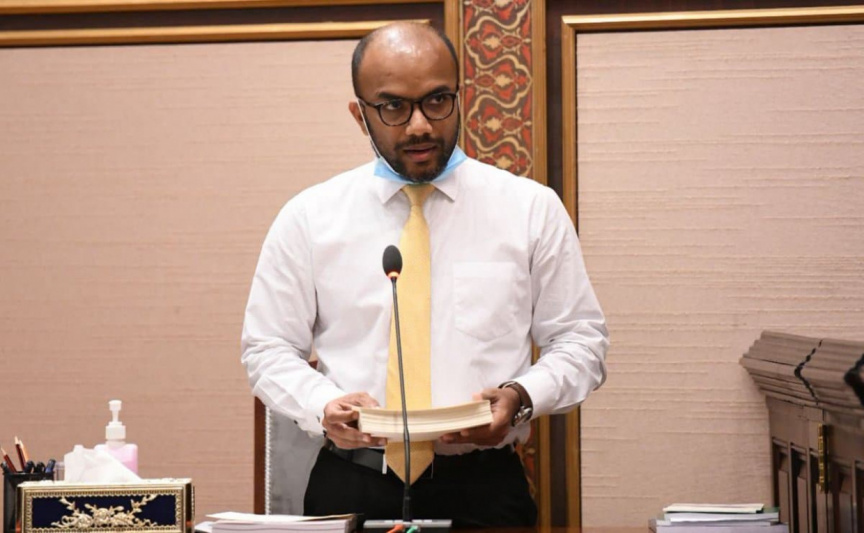 Finance Minister Ibrahim Ameer has stated that the inflation rate will decrease next year.

Minister Ameer had said this in response to points raised by parliamentarians during their debate on the proposed state budget for next year.

On Monday, Maradhoo MP Ibrahim Shareef (Mavota Shareef) raised concerns over Finance Ministry saying that inflation rate will remain at 1.1 percent throughout next year – adding that the statement was baseless.

He further called on the government to consider adjusting the proposed budget with inflation being at 12 percent in mind – which would slash down the budget by approximately 10 percent.

Speaking at today’s parliamentary session, Minister Ameer said that world economy is flourishing at a fast pace now after the steep it hit during the COVID-19 pandemic – which has caused a spike in the inflation rate.

“All economic activities that came to a halt in 2020 – have now resumed. Economies are recovering at a fast pace. This has increased demand to a point that the world supply chain is not able to cater for. Subsequently, prices of commodities have spiked and there are difficulties in the procurement of goods,” he had said.

Citing that Maldives is a country that is heavily dependent on imports – Minister Ameer said that the changes to the prices of goods in the world market will be reflected locally.

He added that this is a temporary pressure, even as per experts – and that the spike will drop next year.

“A report released by International Monetary Fund this October also states that inflation will actually decrease in 2022. Increased this year, and decrease next year,” he had said.

Minister Ameer added that although commodity price inflation stands at 46 percent at present, it will drop to 1.2 percent next year – citing the International Monetary Fund’s Commodity Forecast. He also affirmed that this is also the belief of the Finance Ministry.

Noting that expenditure by households on goods and services will increase should the prices of goods increase in the world market – Minister Ameer said that the government is working on addressing such issues and decreasing the prices of services.

Minister Ameer said that the expenditure by households on goods and services will be controlled next year.