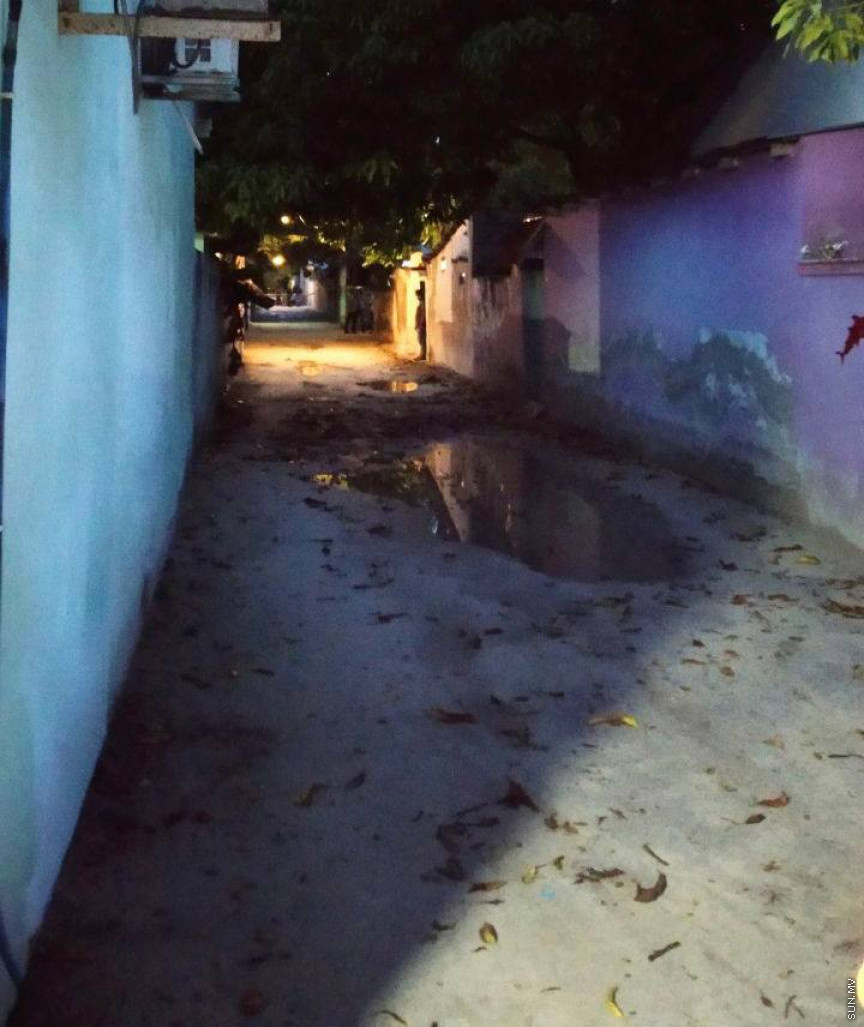 Nedhunge, ADh. Dhangethi, lit up as migrant worker arrested in connection to Mahmood Aboobakuru's murder reenacts his actions inside the house. (Sun Photo)

Saalim, the migrant worker who was arrested under suspicion of the murder of local businessman – Mahmood Aboobakuru – at ADh. Dhangethi, has been shifted to ADh. Mahibadhoo.

Mahmood Aboobakuru, 57, was found murdered and thrown into a water well in an abandoned house in Dhangethi on Thursday afternoon, hours after he was reported missing.

A Mahibadhoo resident who spoke to Sun had confirmed that Saalim had been transported to Mahibadhoo sometime tonight.

Saalim was arrested yesterday, after the Police conducted a search at Nedhunge - where he works as a live-in caregiver for an elderly man. Nedhunge is located behind Bilehge, the abandoned house at which Mahmood’s body was found. There apart by a distance of approximately 100 meters.

When presented before the Court – Saalim was remanded in police custody for 15 days, as the investigation against him continues.

A Dhangethi resident had told Sun that the Police had taken Saalim to multiple locations today prior to his transfer to Mahibadhoo – including Nedhunge and Bilehge – where he was made to reenact his actions.

Mahmood was found murdered during a search for him – after having been declared missing. He was last seen alive on Wednesday night. Dhangethi residents commenced an island-wide search at 10:00 am on Thursday morning. His body was discovered during the search at around 15:15 in the afternoon – inside a water well at an abandoned house; bound and stuffed inside a sack.

Shortly after he was found murdered, residents took the law into their own hands to hand over two men who they believed to the murderers to the police. Subsequently, the two men were granted police protection.

Later, a woman who is linked to the two individuals was also granted police protection.

Although they were not under arrest initially – the Police later on confirmed that they were arrested in connection to a separate case.

Following this, the three were escorted out of Dhangethi on Friday – under protective custody of the Police. No evidence has been uncovered linking the three to Mahmood’s murder as of yet.

Suspect arrested in murder of waiter in Hulhumale’