Entrepreneur found murdered inside a well at Dhangethi 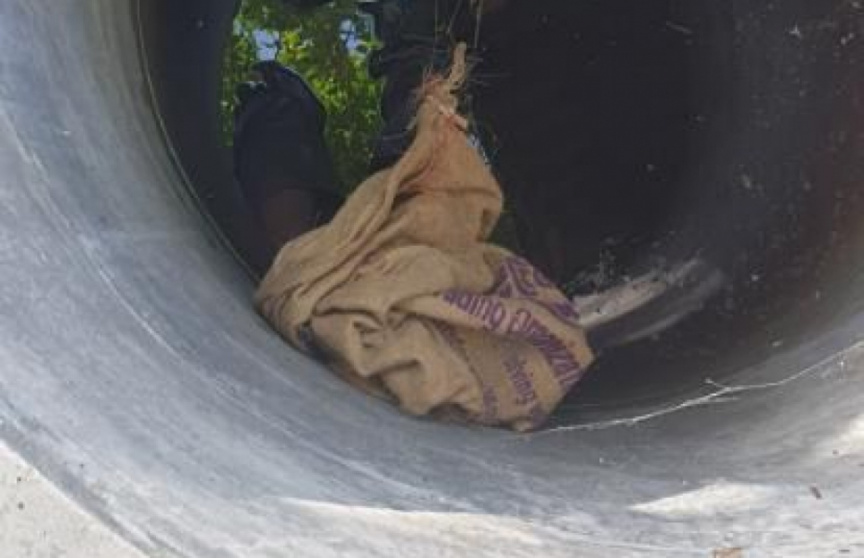 The well in which the murdered body of an entrepreneur was found in at ADh. Dhangethi. (Sun Photo/A Reader)

An entrepreneur has been found murdered at ADh. Dhangethi. The body was tied up and discarded in a well.

Sun can confirm the identity of the victim as Mahmood Aboobakuru.

Dhangethi Council Member Ahmed Abdul Samad had told Sun that the murdered entrepreneur is 55-years-old. He further detailed that the islanders and the Police have been searching for the entrepreneur after being declared missing – as he had not returned home since leaving after watching last night’s Maldives-India match in the ongoing SAFF Championship.

Dhangethi Council President Muaaviyath Rasheed told Sun that Mahmood's body was found inside a water well in an abandoned house – stuffed inside a sack with legs tied up.

“He is very physically fit. Does not have any underlying health conditions. Despite being 55-years-old – he is very fit,” Muaaviyath added.

Muaaviyath further explained that the islanders had accused two individuals of the murder – following which they had sought them ought. Subsequently, the two individuals have been granted police protection.

He further said that Mahmood was a funny person who got along well with everyone on the island. Therefore, he said that it is hard to believe that someone would conspire to harm such an individual.

As per information received to Sun – Mahmood was involved in the business of staple foods and gas, in addition to being an owner of a café and a boat.

Maldives Police Service confirmed that a dead body being found in a well stuffed inside a sack had been reported to them. Adding that officers were on the scene at the moment, they said that more information would be shared with the media as received.

An official from Dhangethi Council Ali Waheed told Sun that that the Police and the islanders are working to retrieve the dead body from the well and transport it to the funeral home.

Waheed also added that the islanders remain anxious and scared over the murder.

Yellow alert for strong winds from HA. to ADh. Atoll