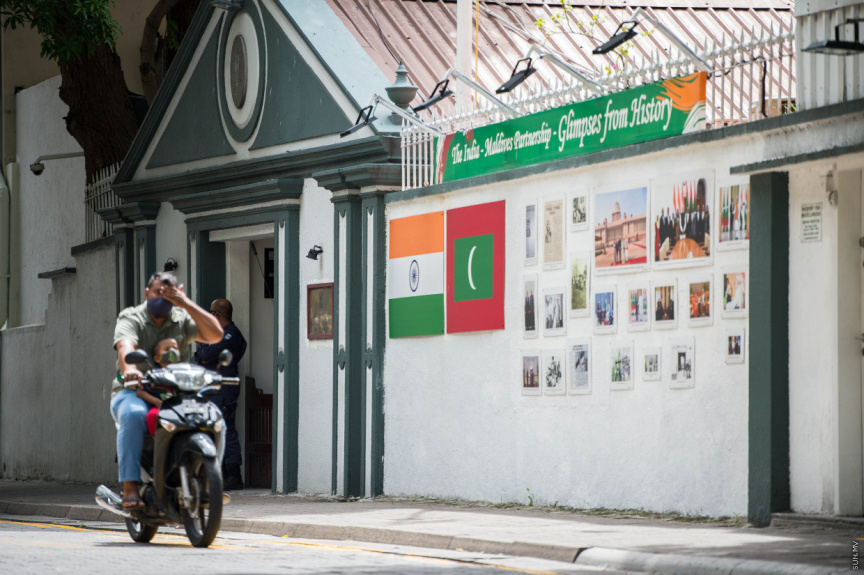 The individual who threatened to bomb the Indian High Commission in Male’ City, has been released from custody.

Mohamed Imad, 42, Ma. Restinghouse, K. Male’, had made the threat via social media platform Twitter on June 30. In addition to threatening to bomb the Indian High Commission, he also threatened to stage a demonstration in front of the Chinese Embassy in Male’.

He was arrested on July 3.

Imad’s release was ordered on September 30.

Prosecutor General’s Office said that he was released as they saw no reason to keep him in custody pending the outcome of trial.

Announcing his release from custody, PGO noted that although Imad had made the threat – their investigation leads them to believe that he would not act on it based on his criminal record and his role in society.

Imad has been charged with threatening to carry out an act of terrorism under Article 13 (c) of the Counter-Terrorism Act with reference to Article 13 (a), Article 4 (b) (2), (4), and (6). He faces 4-6 years in prison if convicted of the crime.

The threat had prompted Maldivian authorities to increase security at the Indian High Commission, the Chinese Embassy, as well as the Maldivian Foreign Ministry.

Imad was a member of ruling Maldivian Democratic Party (MDP), which decided to expel him from the party after the case came to light.

Extension to finish probe of cop from drug-fueled party