Minister: Target is to open junior college in Dhidhdhoo in ‘23 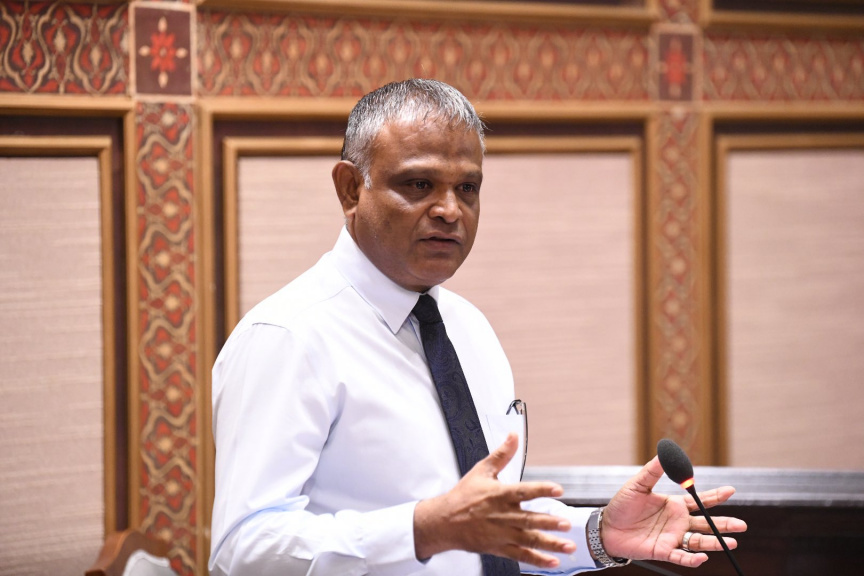 Higher Education Minister Dr. Ibrahim Hassan states the government plans to build a junior college in HA. Dhidhdhoo in the last quarter of 2022, and open it to students in 2023.

He made the statement in response to a question by Dhidhdhoo MP Abdulla Waheed at the Parliament on Wednesday morning.

Building a junior college in Dhidhdhoo was one of President Ibrahim Mohamed Solih’s electoral pledges. While funds for the project were allocated on the state budget last year as well the current year, the project has yet to be initiated.

MP Abdulla Waheed asked Dr. Ibrahim for details of the progress of the project, as well as when construction is expected to begin, and when the college will be opened.

“We began this work with the purpose of delivering the President’s electoral pledge to the people in its fullest,” said Dr. Ibrahim.

He said that the government plans on building a hostel along with the college, to encourage students from other islands to travel to Dhidhdhoo for their studies.

He said that the government has finalized the size of the college building, as well as the size of the land required for the entire project, and has prepared estimates of the total cost of the project and the duration.

The deadline to submit proposals for investors interested in the project closes on Thursday. Dr. Ibrahim said that the government is looking for investors both from Maldives and overseas, and that construction work may begin as soon as the last quarter of this year is an investor is found.

Meetings of Dhidhdhoo Council not held for two months

Woman dies from COVID-19 in Dhidhdhoo