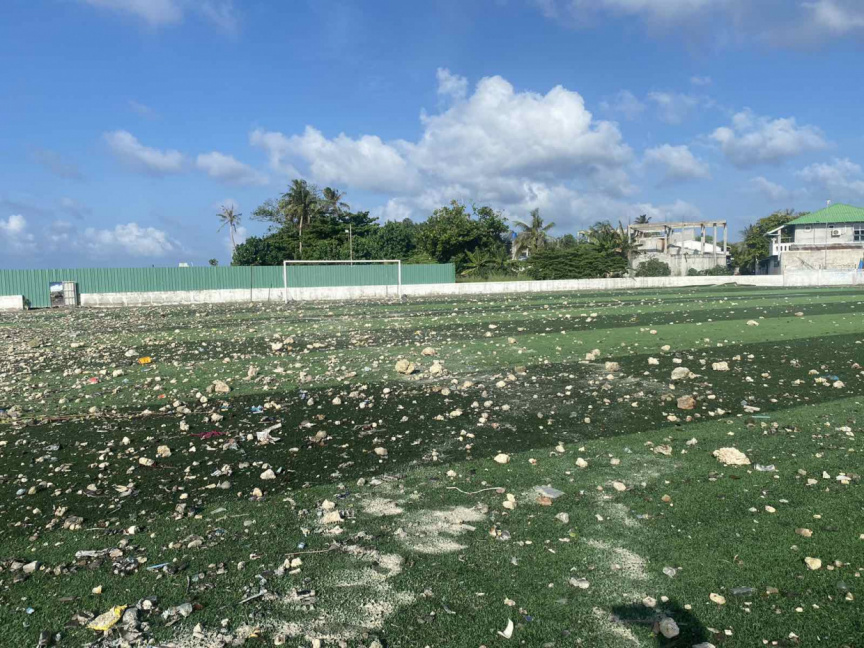 Lh. Kurendhoo experienced swell waves today – following which some of the house situated on the ended up being flooded. In addition to this, the wall surrounding the football stadium on the island – has been destroyed.

Speaking to Sun regarding the damages sustained as a result of the swell waves – Kurendhoo Council President Ibrahim Simau said that swell waves started coming onto the island sometime last night and that it had been the most severe during dawn, today.

“Minor swell waves had hit the island yesterday afternoon as well. But, it became worse around 3:00am last night,” he had said.

Simau said that although most houses on the island had been flooded by the swell waves – household items have only been damaged at a few houses.

He stressed the football stadium on the island was the most badly damaged by the swell waves. In this regard, the wall surrounding the stadium had been completely destroyed – and the inside of the stadium is covered in sand and rocks.

The football stadium at Kurendhoo is a turf stadium that was built by the island residents - and has been in use since 2018. The development of the stadium is stipulated in the state’s budget.

Speaking further, Simau stated that although the island was hit with swell waves – it had not rained at Kurendhoo, adding that the weather was quite calm.

He also noted that MNDF officials had monitored Kurendhoo this morning in the light of the swell waves experienced.