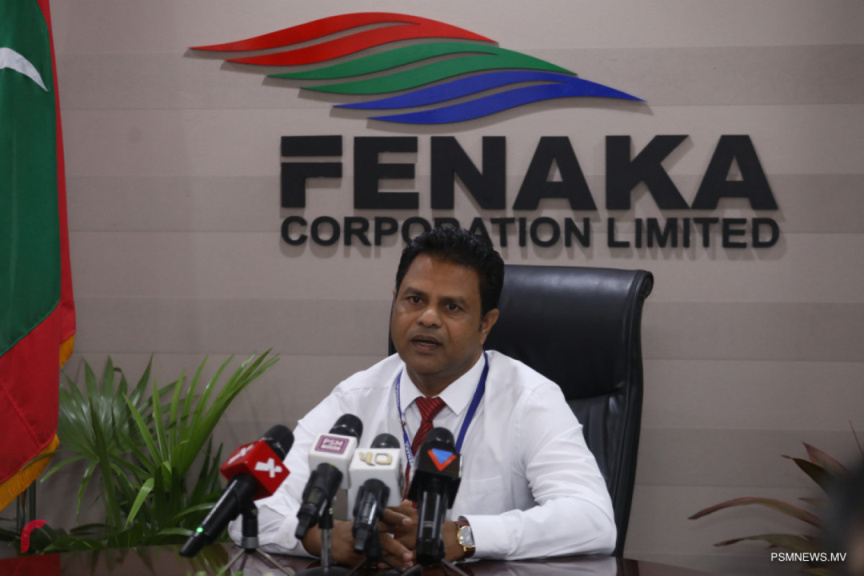 State utility company Fenaka Corporation said on Tuesday that it has not dismissed any of its employees for political reasons.

Fenaka made the statement in a tweet on Tuesday afternoon in response to allegations it dismissed four of its company’s employees who went to greet politicians from opposition PPM who recently visited GDh. Faresmaathoda.

The allegations stem from PPM deputy leader, Naifaru MP Ahmed Shiyam, who tweeted on Tuesday morning that Fenaka had fired many of its young employees for merely shaking the hands of PPM politicians at the Faresmaathoda harbor.

Fenaka, in its statement, said that it dismissed four employees, but denied the decision was politically motivated.

Fenaka said that the four employees in question were hired as temporary employees for a three-month period for one of the company’s projects, and were dismissed because of lack of work ethic and because they were found incapable of completing assigned tasks.

The company also expressed concern some newspapers were publishing false information to deliberately mislead the public.