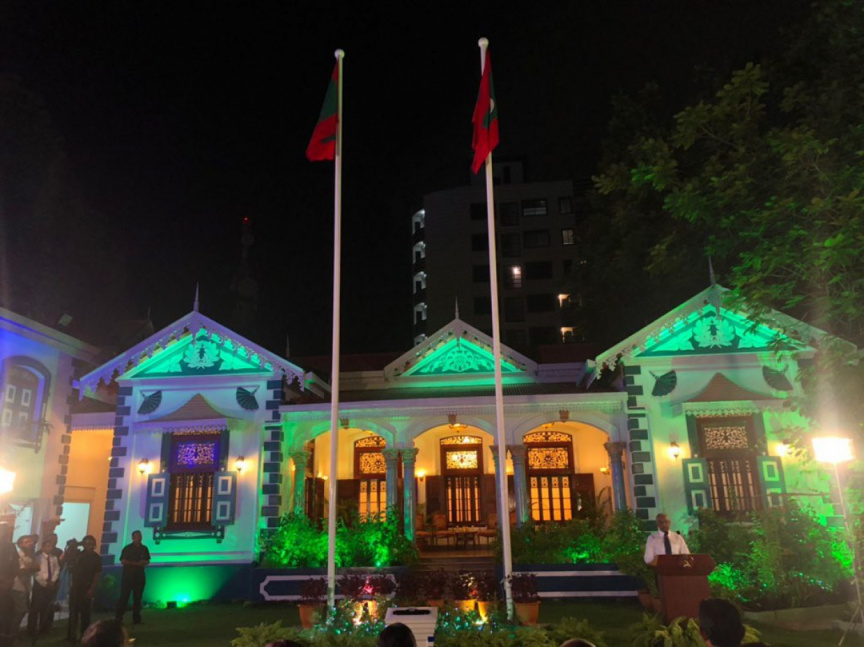 Two individuals who threatened to bomb the official residence of the President, Mulee’aage this morning have been arrested.

Photos circulating on social media show the two people carrying a suitcase and a red plastic bag in addition to the box they claimed the bomb was in.

Maldives Police Service and Maldives National Defense Force (MNDF) has increased security at near the Presidential residence and its surrounding areas following the threats.

While a threat has been made to bomb Mulee’aage, prior to this in May, Parliament Speaker and former President Mohamed Nasheed was wounded in a bomb attack which saw an IED attached to a motorcycle near his home detonated as he was getting into his car. Nasheed was critically wounded in the attack and is currently undergoing further treatment in the United Kingdom.

The individual who was arrested for threatening to bomb People’s Majilis was identified as a 28-year-old local man. He has been released following the completion of the investigation on June 24.

The individual who threatened to bomb the Indian High Commission has been remanded for seven days on July 5.