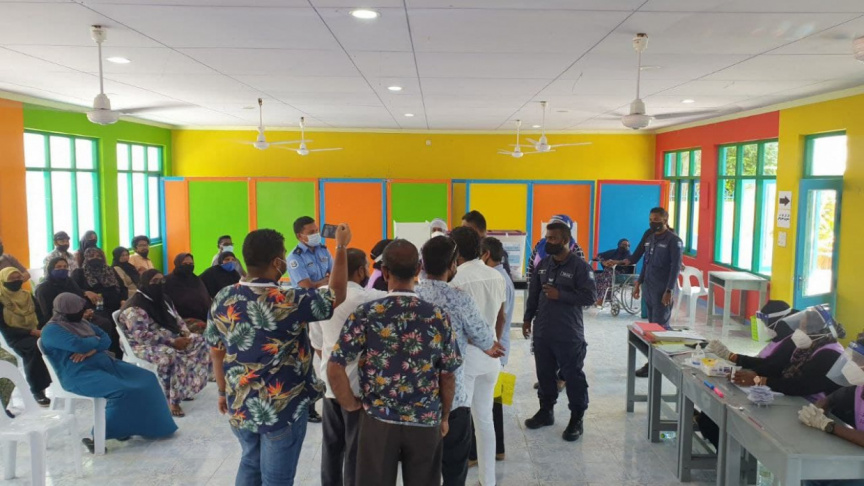 Polling station at the Nazaha Preschool in N. Velidhoo on April 10, 2021.

Voting was disrupted in a polling station at the Nahuza Preschool in N. Velidhoo on Saturday, as Maldives holds the Local Council Elections 2020.

A local resident who spoke to Sun said the disruption lasted two hours.

The resident said the disruption took place when an electoral official refused to allow a person who accompanied a voter with disability registered to the station to assist the voter. The voter was instead assisted by the electoral official.

Voting has since resumed at the polling station.

Polling began at 07:00 am and will close at 06:00 pm. Elections Commission expects the voter turnout to a low 40 percent.

273,182 people have the right to vote in the Local Council Elections.