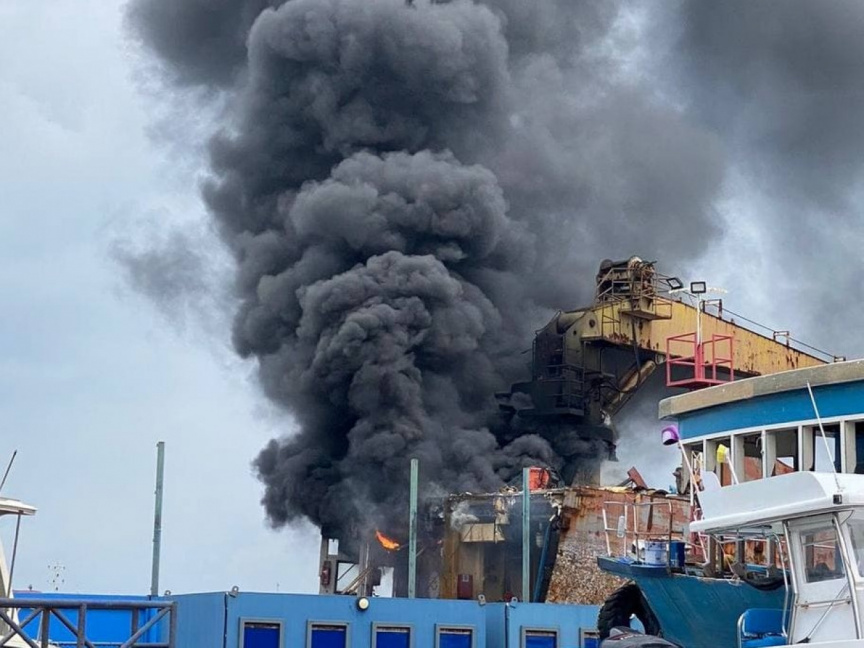 A fire has broken out in a ship docked in Thilafushi - an industrial island located in K. Atoll.

Maldives National Defense Force (MNDF) states the fire was reported to the authority at approximately 02:07 pm this Wednesday.

According to MNDF, the fire broke out in the site located next to the Maldives Transport and Contracting Company (MTCC) site.

Firefighters from the MNDF Thilafushi Fire Station were immediately deployed to control the fire.

The ship was in the Thilafushi lagoon when the incident took place.

MNDF states that the fire is now under control, and that the incident did not result in any injuries.