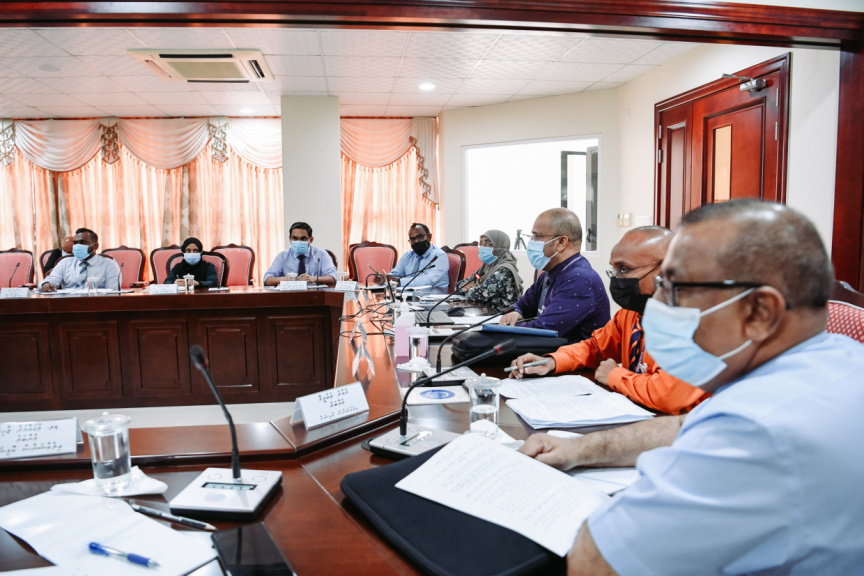 The guidelines drafted by HPA for the elections under the Special Provisions Act on Local Council Elections 2020 require both candidates and electoral officials to undergo mandatory quarantine.

Elections Commission has voiced concern candidates and electoral officials need to abide by standard health guidelines, and has asked HPA for special concessions.

Speaking during a meeting by the Parliament’s Independent Institutions Committee on Monday, Elections Commission’s vice chairman Ismail Habeeb voiced concern over lack of equal campaign opportunities, and warned it may result in court cases.

Director General of Public Health Maimoona Abubakr, who also attended the meeting, said that though Elections Commission claims lack of equal campaign opportunities, HPA has yet to allow any candidates the opportunity to campaign.

She said that she therefore fails to understand why Elections Commission would claim lack of equal campaign opportunities.

“We have yet to allow any party to campaign as candidates. I therefore don’t understand why you said that,” she said.

“The opportunity is open for all parties in accordance with this guideline. How it [campaigning] can be done and everything has been established. Therefore, we believe the opportunity is now open. But everyone needs to proceed with adherence to these protective measures.”

Maimoona said the current guideline is designed to allow for campaign opportunities without compromising health and safety. She said that allowing large concessions outside of standard guidelines heightens risk of further spread of COVID-19.

She said that HPA made the guidelines after making due considerations.

Vilimale’ MP Ahmed Usham said the current guidelines allow ruling Maldivian Democratic Party (MDP) an advantage in travelling to islands, while putting candidates who do not belong to the ruling party at a disadvantage. He said he does not believe the elections will be fair for as long as the guidelines allow for an unfair advantage.

“I find Elections Commission’ vice chairman is speaking in a manner that could create doubt among the people. I ask that you refrain from making statements that could result in loss of public confidence at this time,” he said.

Riza said that when he himself asked to be allowed to travel to his island for campaign, he was told by HPA that he would need to undergo 10 days of quarantine.

He said that it constitutes discrimination.

“There isn’t equal opportunity.  You must accept that. Allow us the opportunity as well. We also wish to travel to islands to meet our constituents and do this in accordance with guidelines you set out,” he said.

Committee chair, Addu Meedhoo MP Rozaina Adam said that the HPA’s guidelines do not allow for concessions for the elections, including concessions required by electoral officials and candidates.

“I believe that, under these circumstances, you need to prepare guidelines that can facilitate campaign activities,” she said.

“I don’t believe even the members of this committee will accept strictly holding on to this [current] guidelines,” she said.

Rozaina instructed HPA to work with Elections Commission to draft new guidelines that will allow for concessions and submit it to the committee by March 11.

Maimoona said HPA will work to make special arrangements for the elections.

LCE is scheduled to be held on April 10. Several parties have officially launched their campaigns.