Speaker Nasheed asks for solutions to hold LCE as scheduled, rather than excuses to delay 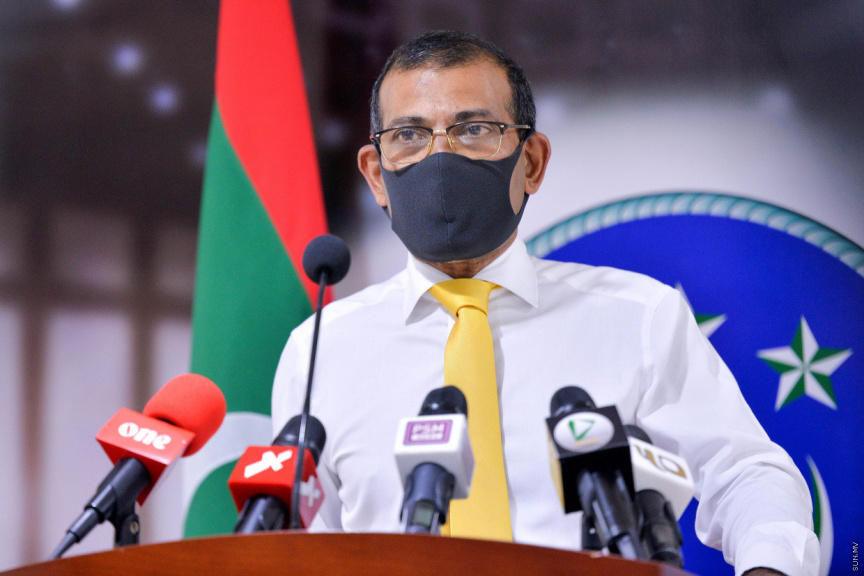 Parliament Speaker, former President Mohamed Nasheed, on Saturday, appealed for everyone involved to come to a solution to hold the Local Council Elections and Women’s Development Committee Elections on April 10 as scheduled, rather than engaging in finding reasons and excuses for postponement.

Elections Commission has informed the Parliament the LCE may have to be postponed, citing obstacles due to the health guidelines compiled by Health Protection Agency (HPA) for the elections.

The amendment to Special Provisions Act on Local Council Elections, allowing for the LCE to be held while the state of public health emergency declared over the COVID-19 pandemic remains in place, was ratified by President Ibrahim Mohamed Solih on January 21.

EC however states they are facing significant obstacles to holding the elections in accordance with HPA’s guidelines.

In a tweet on Saturday morning, Nasheed appealed for arrangements to be made to hold the elections as scheduled.

“Rather than finding reasons and excuses to postpone the council elections, it’s better to make arrangements to get it done on the scheduled date,” he said.

Hulhumale’ MP Ali Niyaz said on Friday that the ruling Maldivian Democratic Party (MDP) is in favor of holding the LCE on April 10, as scheduled.

Niyaz said that MDP will find solutions to EC’s concerns through the Parliament, but will advocate for the elections to be held as scheduled.

According to the First Amendment to Special Provisions Act on Local Council Elections 2020, the EC needs to make a formal submission to the Parliament minimum 30 days to the elections deadline, if the EC faces circumstances preventing them from holding the elections as scheduled.

EC has stated that the commission will continue to make elections preparations until the Parliament makes its decision.