Appeal made for speedy settlement of council elections-related court cases 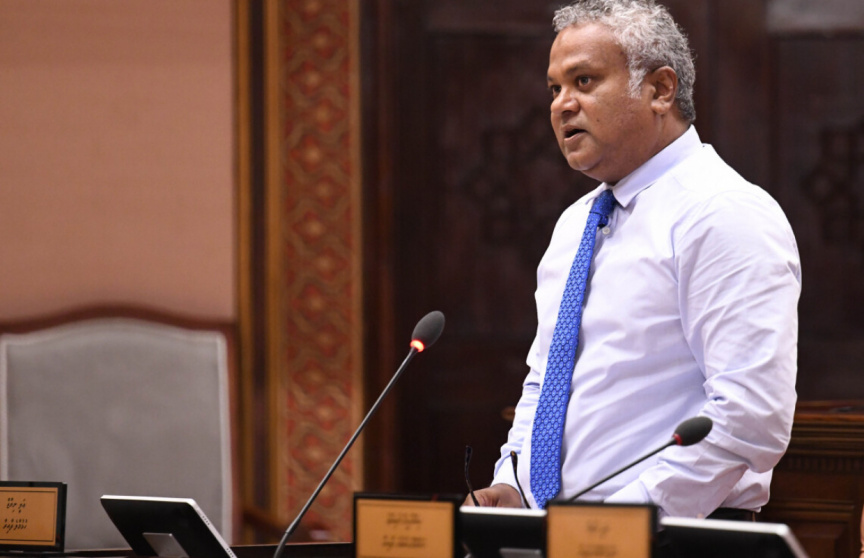 Decentralization Committee chair, Hulhumale’ MP Ali Niyaz has appealed for courts to settle cases related to the local council elections as soon as possible, as the Parliament begins debate on legislative revisions to expedite the elections delayed due to the COVID-19 pandemic.

The Parliament began debate on revisions to the Special Provisions Act on Local Council Elections 2020 on Sunday morning. Taking part in the debate, Ali Niyaz said that obstacles to holding the elections include elections-related cases submitted to courts.

Ali Niyaz said there are currently three elections-related cases ongoing in courts, and that the cases cannot be solved through legislature.

“It is however imperative that the three ongoing court cases are settled within this period and room made to expedite this election,” he said.

The three ongoing elections-related court cases include a petition over the quota for women, a petition asking for candidacy to be reopened, and a case over the rejection of the candidacy of a candidate from Progressive Party of Maldives (PPM).

Speaking of the latter, Ali Niyaz said that he is uncertain over PPM’s true intentions behind the petition, and accused the party of “issuing statements calling for islands to be locked down one day and issuing statements claiming lack of opportunities to campaign for the elections the next.”

“I ask that you take one stand during today’s debate,” he said.

He also called for PPM to withdraw their petitions and cooperate with Elections Commission.

Ali Niyaz said that the legislative revisions he sponsored alone will not be enough in removing the obstacles to holding the elections, but found it unacceptable that councilors should remain in power without the people’s approval.

The legislative revisions are designed to shorten the legally mandated time frames for several elections-related procedures.

The bills states that the Elections Commission must begin work on organizing the elections within seven days of its enactment, and that the work must begin in accordance with guidelines and instructions issued by the Director General of Public Health.

The revisions will lift the current restrictions and allow for EC to hold the elections with the instructions of the Director General of Public Health.

The revisions will shorten the six election related deadlines declared on the Elections Act.

Speaker asks for solutions to hold LCE as scheduled

Niyaz: MDP in favor of holding elections as scheduled

Local Council Elections to be held on April 10