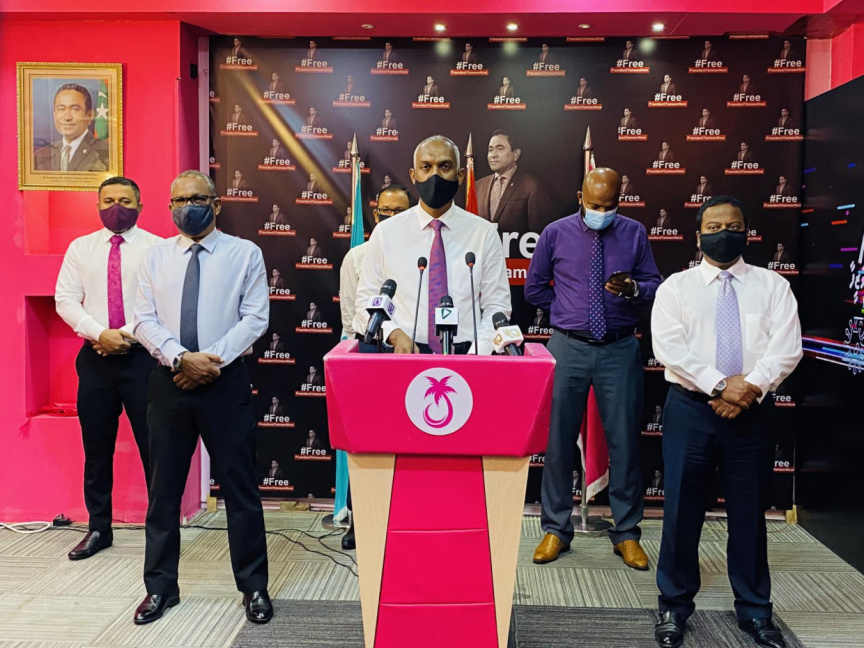 Opposition coalition senior figures have been summoned to the police over a planned rally by the coalition named "Visnaa".

PPM and PNC, which make up the opposition coalition, are planning to hold the rally on Saturday. PPM spokesperson Heena Waleed confirmed to Sun that senior leadership figures of the opposition were summoned to police for 15:00 today.

"We don't know exactly why, but the summon was related to the Visnaa rally." said Heena. The coalition also stated that a press conference was scheduled for 16:00 after leaders attended the police.

No word is available from the police yet. The opposition has also sent a letter requesting permission to hold the rally at the Carnival area. It is not known if the rally has been given the go-ahead.