Opposition: We want Fuwad as EC Chairman, we do not trust Shareef 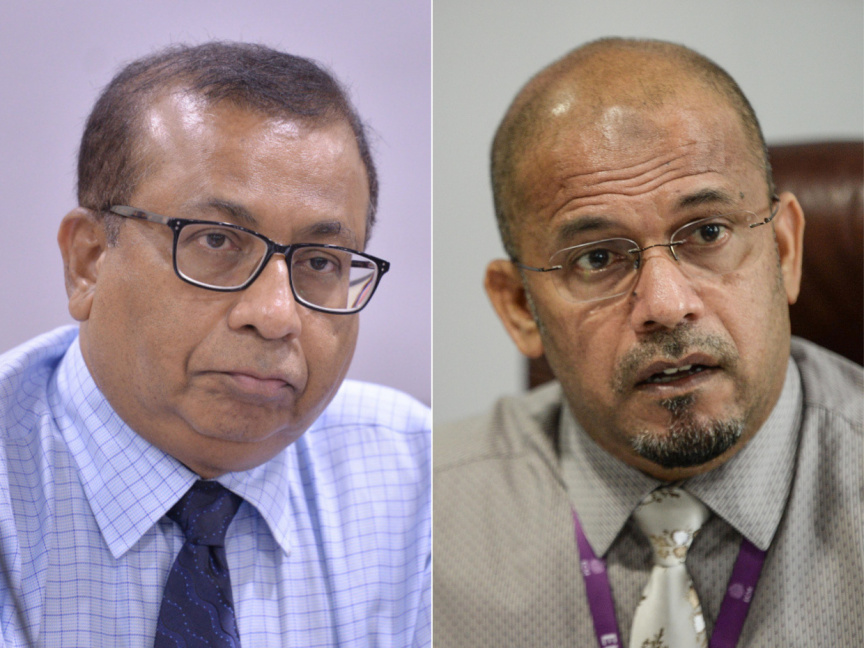 The opposition Progressive Coalition has stated that it will only take part in the upcoming local council elections after Elections Commission chairman Ahmed Shareef was replaced with Commission member Fuwad Thowfeek.

In a press conference today, PNC Deputy leader Ibrahim Shujau said that the coalition did not believe that a fair result could be obtained from the election if Shareef remained as chairman of EC. PNC is one of the two parties in the coalition.

He said that the confidence of the opposition was on Fuwad because Fuwad will hold a fair election.

“He is the head we wish to appoint to there (EC).” Pur trust is in Fuwad.” Said Shujau speaking about Fuwad, who had previously served as the EC chairman.

Fuwad had served as the chairman when Former President Abdulla Yameen won the 2013 election.

Shujau reiterated claims that Shareef had been involved in voter fraud in the last Presidential election.

“We will oust him before the election. We ousted former deputy chairman Akram, didn’t we? We will only contest the election after cleansing the Elections Commission.” Said Shujau.

Allegation of voter fraud in the last Presidential election was also taken to the Supreme Court which saw no reason to annul the results.