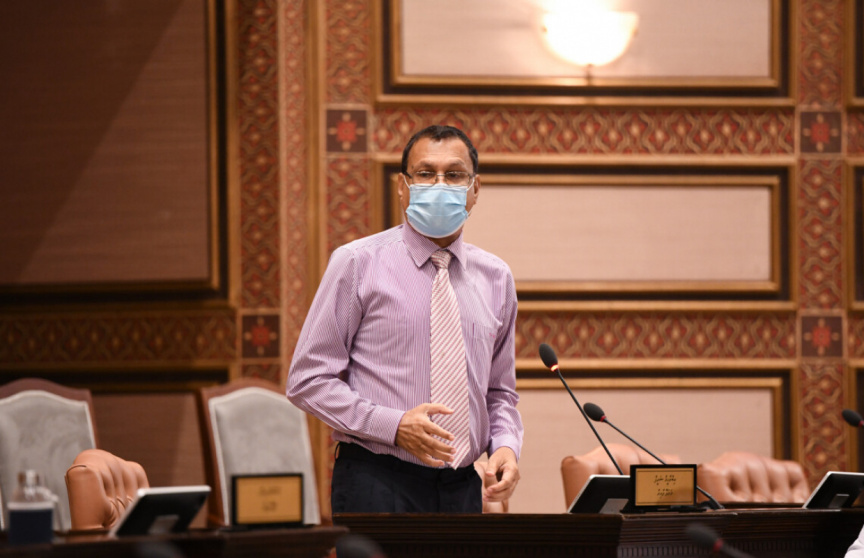 Maradhoo MP Ibrahim Shareef (Mavota Shareef) declared on Wednesday that he will not support the proposed revisions to the Police Act, alleging that the revisions are designed to politicize Maldives Police Service and allow unchecked power over the hiring and dismissal of officers.

Shareef was expelled from the Parliament chamber after he raised his voice, expressing his displeasure over the revisions.

Parliament Speaker, former President Mohamed Nasheed said that the disruption took place due to a difference of opinion between two parliamentarians. He said the disagreement had been regarding “the coup.”

Shareef said that he had voiced his opposition to the proposed revision designed to dismiss commissioned police officers, and that Bilehdhoo MP Ahmed Haleem (Dhonbileh) began arguing with him.

He said the Speaker had named him instead of Haleem.

“Though I may have been named and expelled from the Parliament, I will not support the proposed revision to the law on commissioned officers to rehire whoever they want, politicizing the police institution as retaliation,” said Shareef.

He said he does not believe in perpetually being guided by revenge.