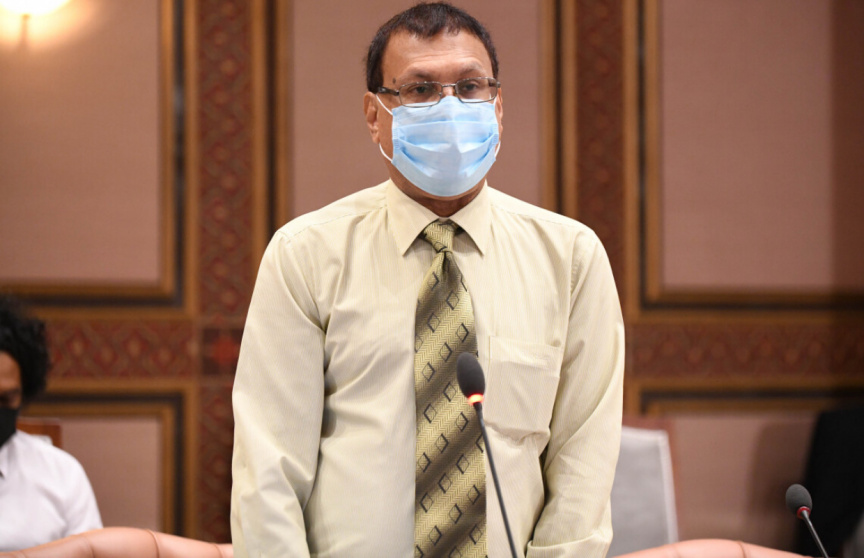 Parliament Speaker named Maradhoo MP Ibrahim Shareef (Mavota Shareef) and expelled him from the chamber on Wednesday morning, following a verbal dispute over proposed revisions to the Police Act.

Shareef initially resisted when the Sergeant-at-Arms attempted to escort him out of the chamber at Nasheed’s instructions, before eventually leaving.

Nasheed said that the disruption took place due to a difference of opinion between two parliamentarians. He said the disagreement had been regarding “the coup.”

“You must be wondering what happened. I will not go into details. But there was a conflict of opinion between two honorable parliamentarians regarding the coup,” he said.

Nasheed said the difference in opinion led to the parliamentarians becoming “impassioned”. He said the second parliamentarian involved in the verbal dispute had already left the chamber before he could name him as well.