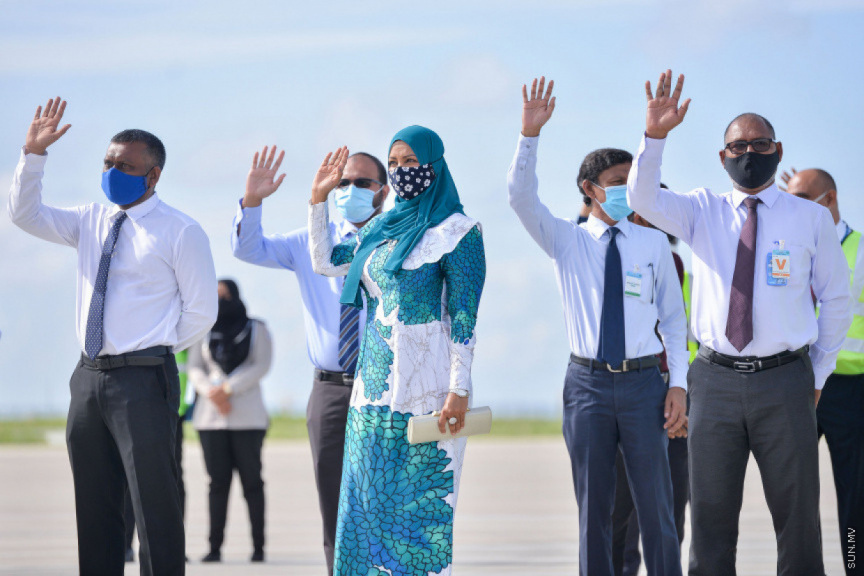 Transport and Civil Aviation Minister Aishath Nahula has announced that the government is considering building airports in B. Thulhaadhoo, M. Muli, and Sh. Bilehfahi.

In an interview to Public Service Media (PSM) on Friday evening, Nahula said the projects are at the planning phase, and have yet to be finalized.

“We have airport projects planned for the future, for example, the Muli airport, and we are also considering an airport in Bilehfahi. I believe airports will be built in the islands once everything is finalized,” she said.

The plan to build an airport in Muli was previously announced by Regional Airports Authority back in 2015.

Nahula said that while the domestic air travel network already allows for travel between the different regions of the Maldives within the span of 30-35 minutes, challenges in flying to some outlying regions remain.

“These challenges persist due to the geographical disposition of Maldivian islands. Because H. Dh. Makunudhoo is a bit isolated, the airport is a bit further away from the airport. We are considering making an arrangement for air travel to Makunudhoo. We have held discussions in this matter,” she said.

“I believe this will provide significant conveniences in air travel for the people,” she said.

The policy of developing small airports within 30-40 minute distances was initiated by former President Abdulla Yameen Abdul Gayoom’s administration, which announced and began work on multiple domestic airport projects. The policy survived the administration change in 2018, and is being carried forward by President Ibrahim Mohamed Solih’s administration.