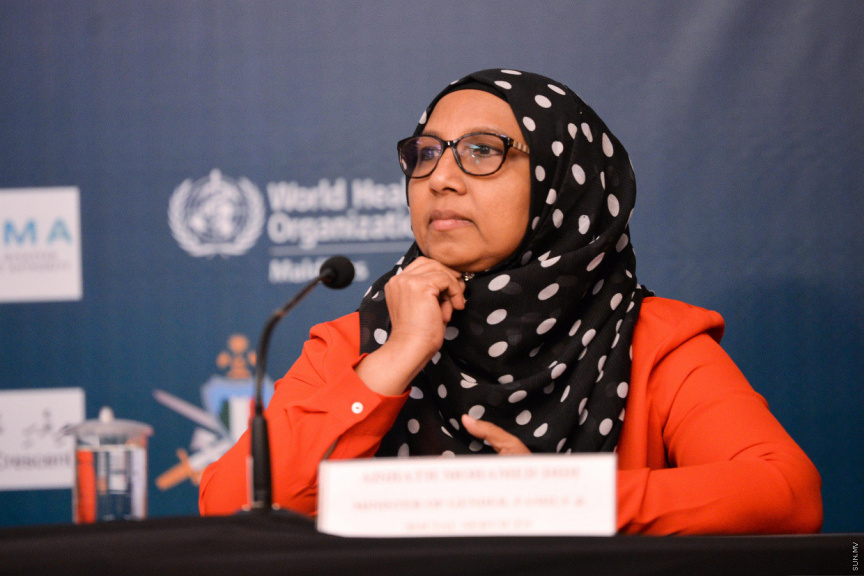 Gender Ministry has hailed the ruling issued by the High Court against a man accused of raping his estranged wife on Thursday, describing it as a “significant step to protect the rights of women”.

Ziyadha Naeem, 37, a resident of G. Dh. Thinadhoo, was brutally raped and beaten on December 3, 2015. She succumbed to her injuries while under treatment at the intensive care unit of IGMH on December 28, 2015.

Her husband Ibrahim Shah, also from G. Dh. Thinadhoo, who Ziyadha named as her assailant to doctors and nurses during her time at the hospital, was pressed with four charges following her death; marital rape, reckless homicide, negligent homicide, and possession of pornographic material.

However, he was issued an acquittal by the Criminal Court on March 21, 2019.

The acquittal for marital rape was overturned upon appeal at the High Court this Thursday.

The High Court ruled that forced sexual intercourse with anyone, even one’s wife, is a grievous harm to the victim.

The court found him guilty of marital rape, and sentenced him to three years in prison.

It marks the first conviction for marital rape in Maldives.

In a statement on Thursday evening, Gender Ministry hailed the conviction as a great step forward for the local criminal justice system.

Gender Ministry noted that while marital rape is declared a criminal offense by law, the ruling marks the first time for action to be taken against marital rape in a court of law.

“This ministry believes this to be a significant step to protect the rights of women,” said the Gender Ministry in the statement.

The verdict was unanimous.

The three-year sentence is the maximum sentence for marital rape prescribed in the Sexual Offenses Act.

PG Shameem has stated that he agrees that the three-year sentence is not enough, and said that he remains hopeful that Shah will be convicted of the three remaining charges and sentenced to life in prison.