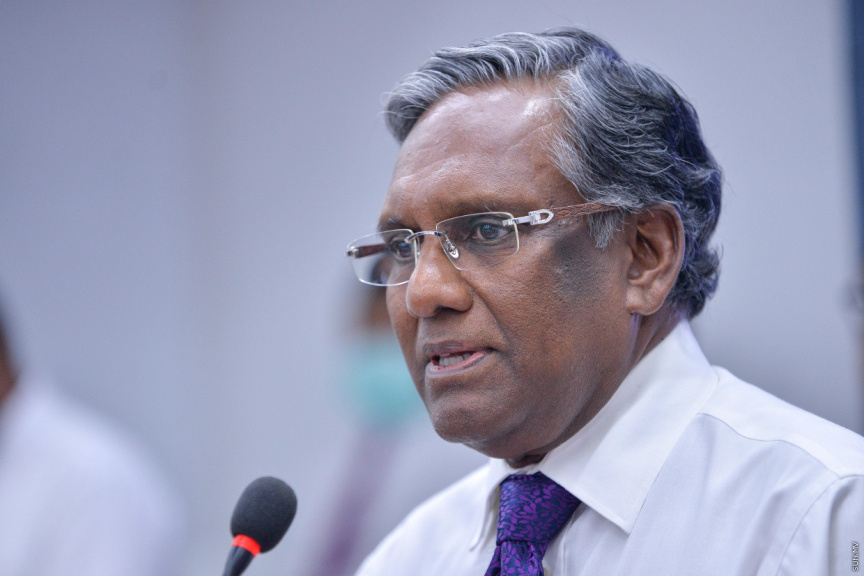 Opposition coalition's special advisor and former President Dr. Mohamed Waheed Hassan Manik has been summoned to the Police over the protests held on Friday.

Speaking with Sun, Dr. Waheed said that he was summoned in relation with the protests. The former President said that police attended his residence to issue the summons. Police requested him to attend the police at his convenience, to which Dr. Waheed replied that he would attend at 16:00 today.

Dr. Waheed said that he took part in the protests after wearing a face mask and only took it off to speak. He stated that he was keeping his distance from protesters when he spoke at the rally.

HPA guidelines ban gatherings of more than four and make wearing masks mandatory, due to an increase in COVID-19 cases. Opposition PNC deputy leader and former Baarah MP Ibrahim Shujau was also summoned to the police due to the protests.