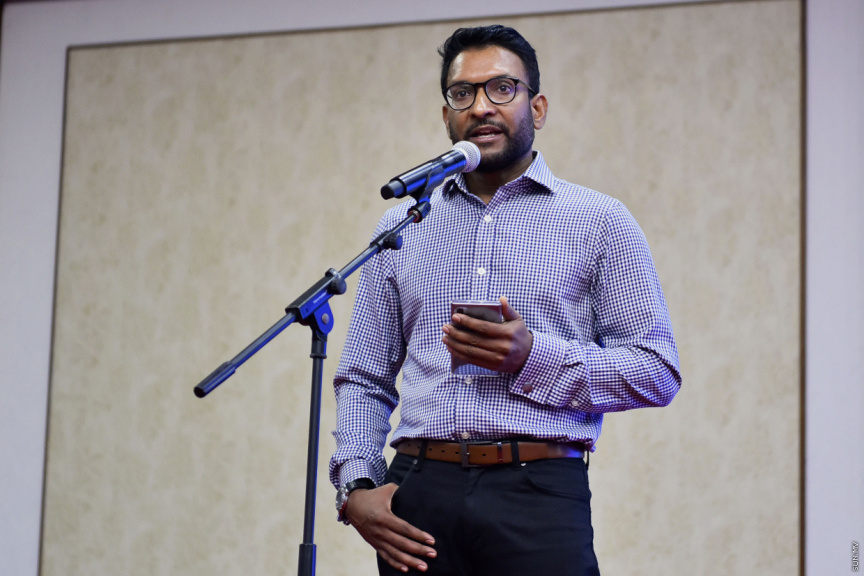 State Minister for Health, Dr. Shah Abdulla Mahir said on Monday that he was not involved in the decision by the Health Ministry to award a MVR 34 million contract to Dubai-based Executors General Trading LLC to supply ventilators.

Shah, along with other members of the Health Ministry’s bid committee, and several other senior officials from the Health Ministry have placed under suspension pending the outcome of an investigation into the corruption in COVID-19 related spending, including the ventilator supply contract, which was uncovered in a compliance audit report released by the Auditor General’s Office on Sunday.

The compliance audit report states there is reason to believe the procurement of ventilators from overseas involves fraud.

In a statement on Monday, Shah said that he was not involved in the decision to award the contract to Executors General Trading.

“I was not involved to any extent, or in any stage of the decision of Health Ministry’s bid committee to award the [contract for the supply of] ventilators to the Dubai-based company, either as a member of the bid committee, or in any other role,” he said.

Shah said that minutes of the committee meetings and all documents pertaining to the contract will prove his lack of involvement in the process.

He said that he had posed questions regarding the award of the contract the moment he became aware of the decision, and had raised his concerns regarding the contract with senior officials, including Health Minister Abdulla Ameen himself, who stepped aside from his duties pending the outcome of the investigation earlier this Monday.

“I am deeply saddened by the decision of the President to ask me stay home until the investigation in connection to the ventilators is complete, at a time when I can offer my services as State Minister of Health as a medical doctor to the fullest, and as I work hard to provide my services, with the Maldivian health system faces such major challenged amidst the COVID-19 situation,” he said.

Shah provided assurance he will provide his full cooperation for the investigation.