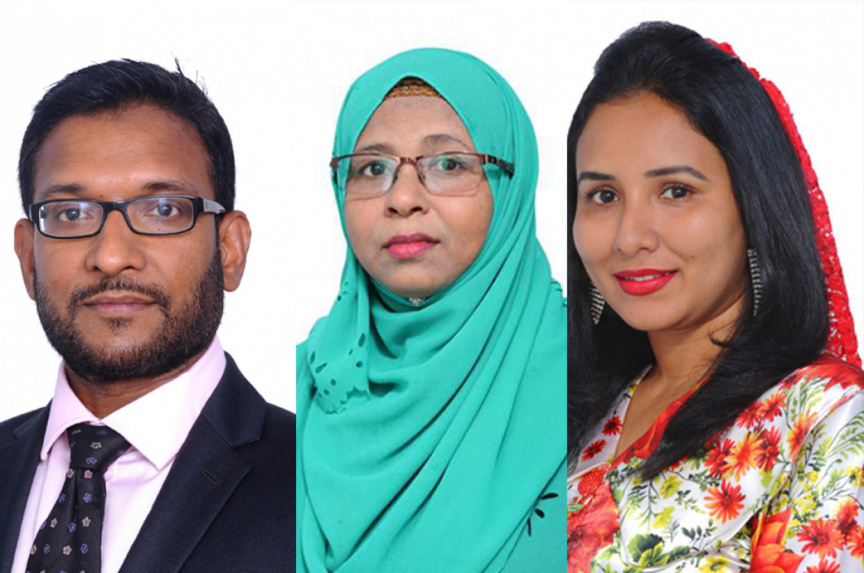 Those who have been suspended include members of Health Ministry’s bid committee. The bid committee is composed of political appointees - Deputy Health Minister Nishama Mohamed, who serves as the committee’s chairperson, and State Minister for Health Dr. Shah Abdulla Mahir. Both are members of Jumhoory Party (JPA). The rest are five civil service employees.

President’s spokesperson Hood said that they were suspended pending the outcome of the joint investigation ordered by the President from Anti-Corruption Commission (ACC) and Maldives Police Service on the findings of the compliance audit report on COVID-19 related spending by the Health Ministry.

He declined to disclose any further details.

The suspensions were announced shortly after Health Minister Abdulla Ameen informed the President of his decision to step aside from his duties at the Health Ministry pending the outcome of the investigation.

The report in question was released by the Auditor General's Office on Sunday, and states there is reason to believe the procurement of ventilators from overseas involves fraud.

While Health Minister Ameen and officials from National Emergency Operations Center (NEOC) previously stated that the Executors General Trading was contracted to supply 75 ventilators at the recommendation of World Health Organization (WHO), the Auditor General’s Office found the company had not been recommended by the organization.