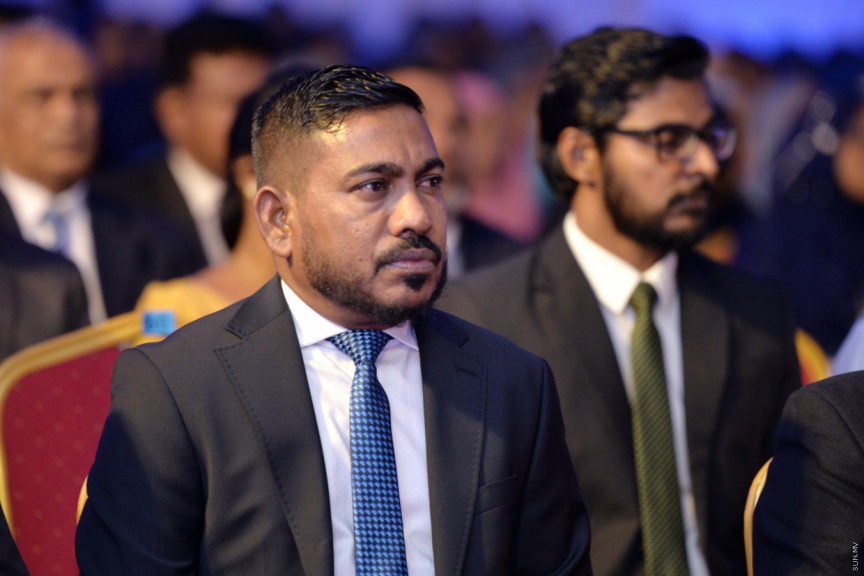 High Court’s chief judge Shujau Usman resigned in face of an impending impeachment motion on Monday, declaring that appointment and dismissal of judges have become a political ploy.

Judicial Service Commission (JSC) requested the Parliament to initiate an impeachment motion against Shujau Usman last week, following the conclusion of its investigation into allegations of judicial misconduct.

It was sent to the Parliament’s Judiciary Committee for review earlier this Monday.

In a statement announcing his resignation on Monday, Shujau Usman said he had been serving as a judge with honesty and dedication since 1996.

“What is sad, given my long service to the state of Maldives and the people of Maldives in such important positions, is that I have been denied the right to retire from the judiciary, and forced to step aside from my service as a judge, due to the cruel decision by the Judicial Service Commission based on unsubstantiated allegations, promoting revenge, personal vendetta, and a specific political ideology,” said Shujau Usman in his statement.

JSC had made the decision to request an impeachment motion against him following an investigation into two allegations of judicial misconduct.

One of the allegations is that he made an unofficial visit to G. A. Gemanafushi during the campaign for the presidential elections in 2018, during which he actively campaigned for a presidential candidate.

Shuaju Usman has been accused of touring islands in Huvadhoo Atoll to openly lobby support for then-Maldivian President Abdulla Yameen Abdul Gayoom in the run up to the 2018 presidential elections.

He denies the allegations.

Shujau Usman said in his statement that the person who lodged the complaint against him claimed the meeting had taken place in the residence of former councilor Mohamed Solih, who himself issued a statement denying the allegation.

He said that Mohamed Solih had told JSC that such a meeting did not take place at the residence, but that the commission did not take into account his statement, but relied instead on the statement of the complainant alone.

He said he finds the decision to be a door for similar easy dismissals of more judges.

“Why I say this because of the risk of establishing precedence for Judicial Service Commission to dismiss judges whenever it wishes, based on politics or personal bias, by relying solely on the allegation of an anonymous party, without seeking any other evidence,” he said.

Shujau Usman said JSC had summoned him in connection to the allegation that he campaigned for a presidential candidate in G. A. Gemanafushi, and proceeded to question him regarding unrelated allegations, for which he had not been given prior notice.

He said he had found it alarming, and after denying the allegations, had directed the commission’s attention towards it.

He said that JSC, when it compiled its report on the official allegations, included unrelated information, violating the procedures for investigation of judicial misconduct.

Shujau Usman said that JSC members are legally obligated to perform important duties, which requires honesty and integrity, and not the promotion of political ideologies, petty jealousies, cruelty, and personal gain.

He said that JSC is charged with such a heavy burden, primarily because they are responsible for the important task of appointing and dismissing judges charged with establishing justice for the Maldivian people.

Shujau Usman said that though the nation’s peace and stability depends on establishment of justice, the current members of JSC work in a spirit of jealousy and revenge.

He said that the amendment to the regulation on judges’ retirement to restrict the opportunity, in addition to being a prime example the negative conduct of JSC members, is also an irresponsible decision and malicious decision to violate the right to retire after a lifetime of service.

“It is sad that the work of Judicial Service Commission to appoint and dismiss judges has become political ploy used by politicians, and the deceitful and fraudulent work to promote a specific ideology within the judiciary has removed the courthouse from the path of justice, incapacitating the republic and Constitution of Maldives, and devastating the entire state system,” he said.

Shujau Usman said that the Maldives’ courthouse has been made a goat bound and ready for slaughter, and that the present reality is that judges have been pledged into uncertainty as to whether they will be allowed to remain in service the next day.

He said that the JSC has become a weapon to exert influence over the courts and judges serving in the courts.

Shujau Usman said he made the decision to resign due to attempts to influence High Court cases, loss of independence and autonomy of judges, and because he believes there is no longer any room to establish justice with independence, fairness, and impartiality within the judiciary.

He said that he will continue to serve both the legal field and additional fields with dedication and honesty despite his decision to resign as a judge at present time.