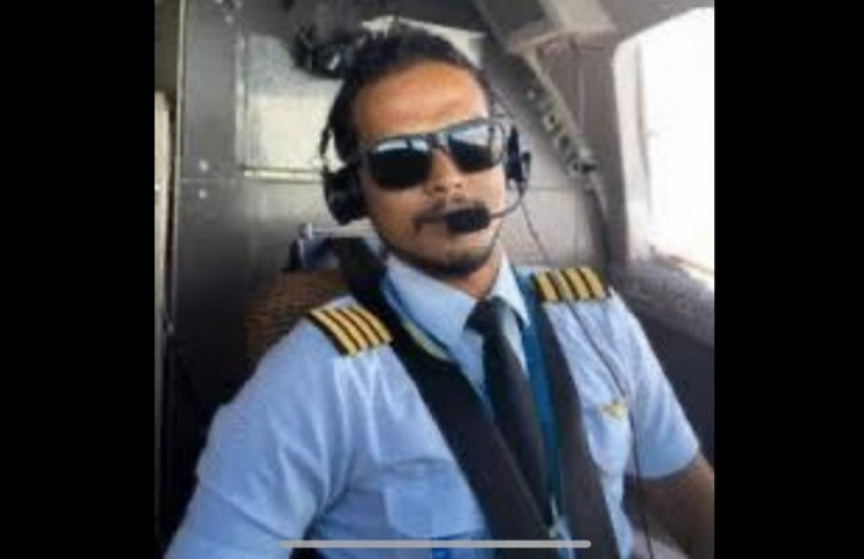 A young Maldivian pilot has been found deceased outside his residence after suffering a heart attack.

Sanoon Naseer, 35, Causeway, Hithadhoo, Addu City, was found deceased outside his residence in the early hours of Saturday.

He was an employee of Villa Air, a subsidiary of Villa Group which operates the private airline Flyme.

A family member told Sun Sanoon was found unresponsive outside his apartment in suburban Hulhumale’ at approximately 03:00 am.

“He called his wife at around 12 midnight and told her that he was on his way home. He did not pick up repeated phone calls from his wife when he failed to return, and was found collapsed near the staircase when she opened the door to their apartment and looked outside at approximately 03:00 am,” said his family.

“The hospital said he died of a heart attack.”

The test conducted on him post mortem came back negative for the new coronavirus.

A police spokesperson said a report over a person found collapsed outside an apartment in Hulhumale’ was lodged with the authority at approximately 03:30 am.

He was declared deceased upon arrival at the hospital.

“The police are conducting necessary investigations in connection to this case,” said the spokesperson.

Sanoon had been working for Flyme as a pilot for over seven years. His coworkers describe him as kindhearted and disciplined.

The unexpected death of the young pilot has prompted messages of condolences from the aviation industry over social media, with many offering prayers for him to be granted a place in Eternal Paradise and for patience for his grieving family and friends.

Sanoon’s body had been taken to the Aasahara cemetery in Male’ City. Funeral prayers will be held at the Aasahara mosque after Maghreb.

He is survived by his wife and six-year-old son.