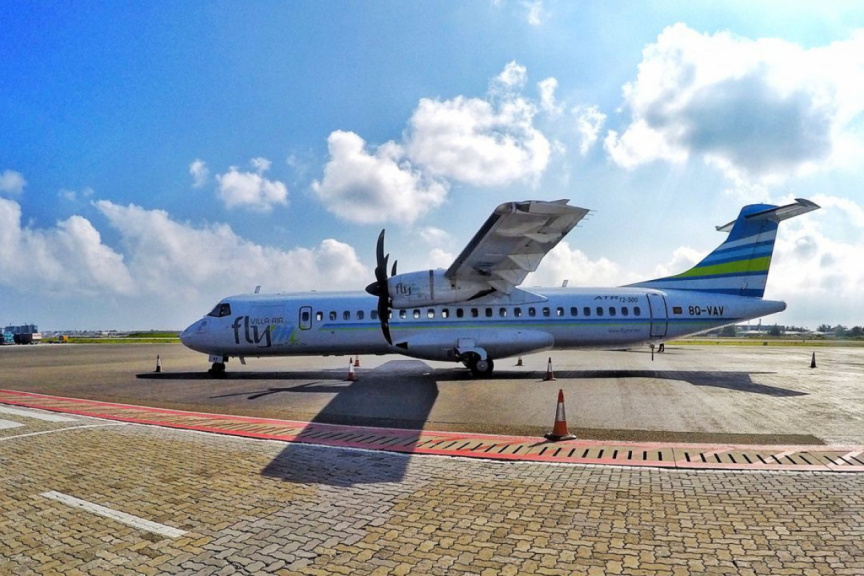 Flyme, an airline operated by Villa Air, has announced plans to start direct flights between Maamigili International Airport and India’s Bangalore next week.

The airline is going to operate flights on Mamigili-Bangalore route two days a week – on Sundays and Wednesdays.

Nashid said the flight will depart from Maamigili to Bangalore at 10:30 am, and return to Maamingii at 04:30 pm.

He said that Flyme will use 72-seat aircrafts for flights on this route.

Nashid said that the new route will allow tourists to travel to ADh. Atoll instead of Male’ to reach their final destinations, saving them valuable time.

He noted that the Velana International Airport in Male’, in addition to accommodating travelers from multiple countries across the world, is also undergoing major development work.

Nashid that the previous international license granted to Maamigili International Airport was revoked for political reasons, and that the airport will become an airport that is not “international” in name alone, once it resumes its operations.

Nashid said that the Ari Atoll (AA. Atoll and ADh. Atoll) has the largest tourist bed capacity outside of Male’, and that provision of immigration and border control services will provide considerable convenience to resorts in the region.